HAROLD FEINSTEIN • LIFE AS IT WAS 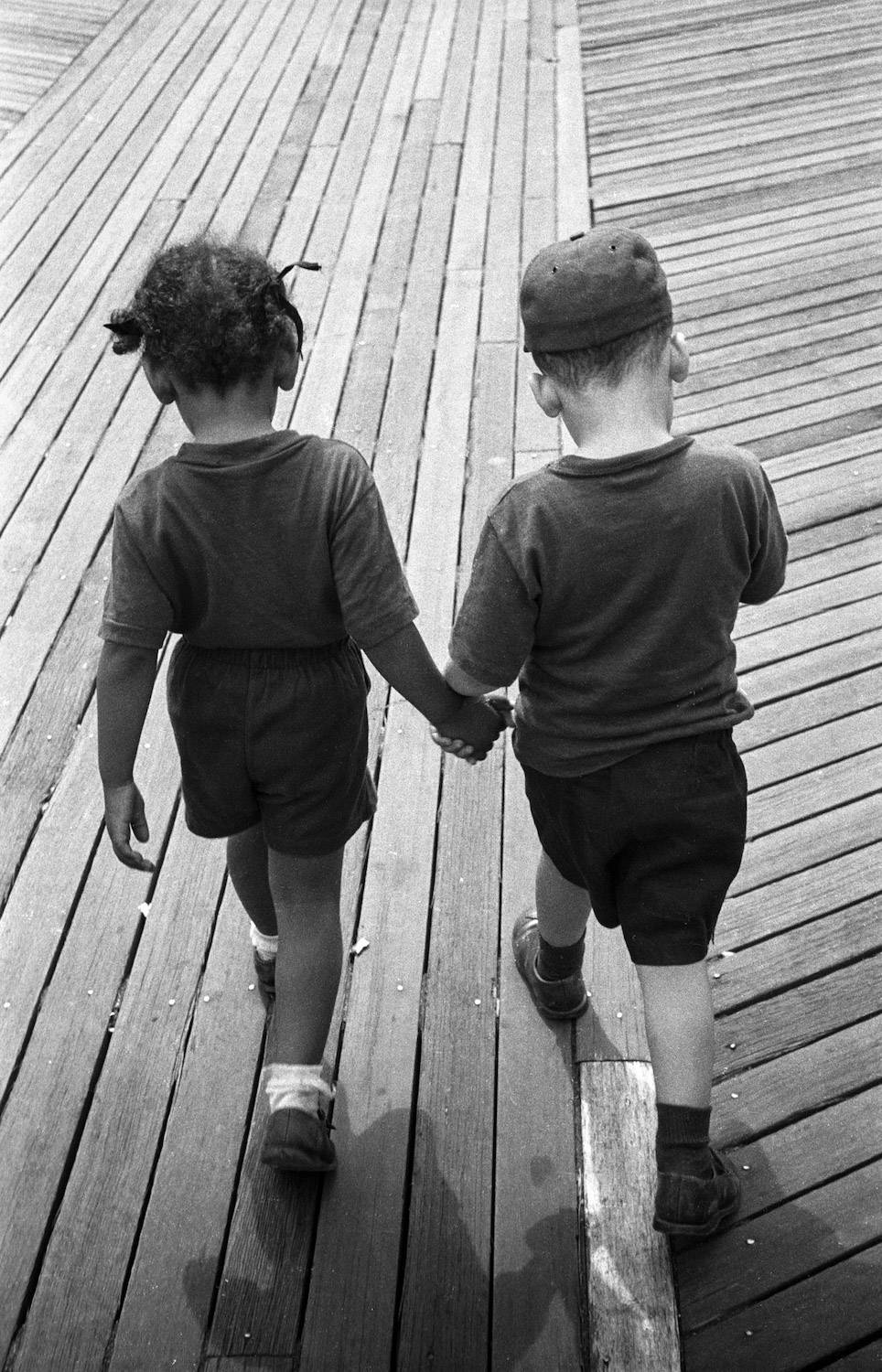 Let’s get overwhelmed by the humanist vision of one of the most talented American photographers of his generation, Harold Feinstein. After two remarkable first exhibitions in 2017 and 2018, we complete what we had announced as a trilogy, with this exhibition entitled "Life as it was »

If the first part of the retrospective devoted to the American artist who died in 2015 honored the photographer's contagious optimism as he depicted the youth and carefree spirit of the post-war era, the second showed a selection of photographs taken between 1964 and 1988, immortalizing particular moments in the lives of New Yorkers. This new selection of photographs, taken between 1949 and 1988, completes a real immersion in the daily life of his contemporaries, depicting life as it was, with a special focus on these unique characters of all ages, all social conditions, and all backgrounds the photographer liked to shoot.

Representative of the New York School of Photography, Harold Feinstein's work spans nearly six decades, during which time he strives to create an intimate portrait of an exuberant and vibrant America. Whether on the boardwalk along the beaches of Coney Island or in the bustling streets of Manhattan, Harold Feinstein's photographs bear witness to the daily lives of his countrymen and women, and once again attest to the artist's talent. Grace and spontaneity are at the heart of his photographs and his mastery of composition is more evident than ever.

This new selection of 16 black and white photographs, diverse and overwhelmingly joyful and human, transports us into what the artist defined as "a small photographic journey bearing witness to the beauty and mystery of this human life" and will be complemented throughout the exhibition by a series of screenings of the documentary entitled "Last Stop Coney Island: The Life & Photography of Harold Feinstein" made in 2019 by film director Andy Dunn.

Finally, a color photograph, never before shown, closes the exhibition. In this image, a true gem, between perfect composition and exceptional play of light, which is reminiscent of Hopper, Harold Feinstein depicts solitude, as if the artist wanted to show us through the use of color, what the modern world was to become.

Harold Feinstein (1931-2015) began his career in photography in 1946 at the age of 15 and within four short years, Edward Steichen, an early supporter, had purchased his work for the permanent collection of the Museum of Modern Art (MoMA). He joined the Photo League at 17 and became a prominent figure in the vanguard of the early New York City street photography scene. He was one of the original inhabitants of the legendary « Jazz Loft » which he later turned over to his long-time collaborator and colleague W. Eugene Smith.
Feinstein had his first exhibition at the Whitney Museum of American Art in 1954 and his first exhibition at the Museum of Modern Art in 1957. While his Coney Island work has been much celebrated, Feinstein’s breadth and exposure are far greater. He has a large collection of classic street photography, nudes, portraits and still life.
His first black and white monograph, « Harold Feinstein, A Retrospective », was published in 2012 by Nazraeli Press and won a Photo District News 2013 award in the Best Photo Books category.
Feinstein’s photographs have been exhibited in and are represented in the permanent collections of major museums around the globe including the Museum of Modern Art, International Center of Photography, George Eastman House, Museum of Photographic Arts, Center for Creative Photography, Musée d’Art Moderne, the Jewish Museum, and the Museum of the City of New York.
His portfolios, photo essays, and articles have been published in major periodicals including, LIFE, Aperture, Black and White, Camera Arts, The New York Times Magazine, American Photo, Oprah Magazine, Evergreen Review, Photography Annual, Modern Photography and Popular Photography.
In 2011 at the age of 80, he was given « The Living Legend Award » by the Griffin Museum of Photography.