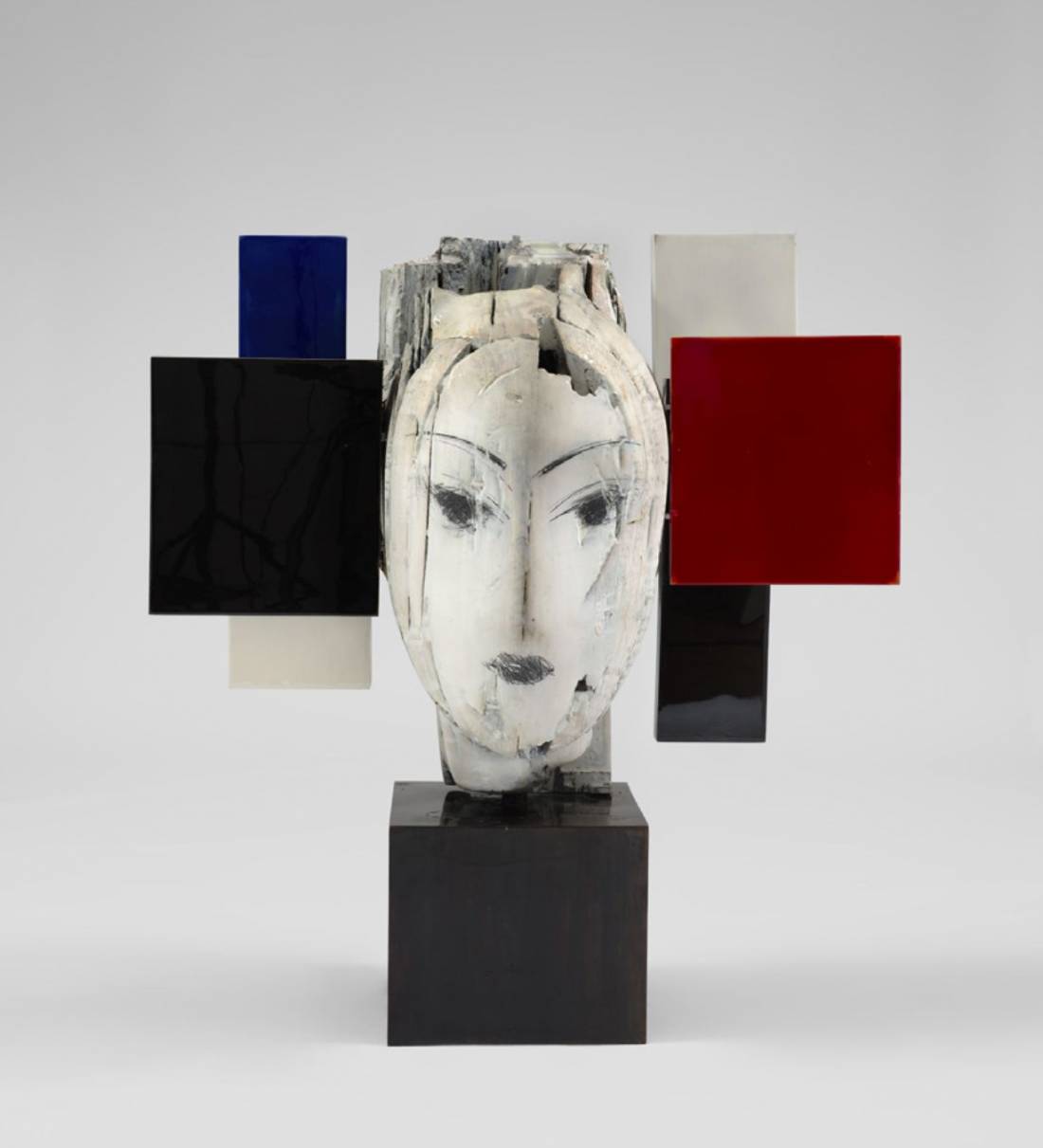 Opera Gallery is pleased to present "Manolo Valdés - Recent Works", a monographic exhibition focused on the recent production of painter and sculptor Manolo Valdés – one of the most important Spanish artists on the contemporary art scene.

The exhibition transports us to the world of Manolo Valdés and his iconic figures, such as the heads with butterfly-adorned headdresses and the famous hat-wearing women. Botticelli's figure of Clio, whose oval face is set among a geometry of flowers and beams, has certainly influenced the artist, Valdés actualizes this ancient muse – an inexhaustible source of inspiration – by putting her in conversation with various periods of art history. Since the late 1970s, Valdés has transcended his iconoclastic art to transform his work into a true homage to the material.

The extremely pure faces, basic lines, and the color's predominance over the form, reveal and demonstrate the artist's talent and ability to navigate between figuration and abstraction. The figures, which radiate a sense of lightness, appear to float where lines, leading to the sky, encourage elevation. The choice of subjects in Valdés is a clear reference to the modern period of art history, while the aesthetics of the geometry of half moons and squares give the work a contemporary touch. References to Constructivism and Kasimir Malévitch are evident in his recent work Constructivismo como Pretexto II, 2021 in which we can see a head surmounted by two squares on either side. For Valdés, this figure favored by Malévitch is a scientific form that is not natural but universal, a figure that allows others forms to be elaborated or constructed starting from it. The Spanish artist also uses the characteristic colors of Constructivism, white, red and black, the latter reserved for the emblematic figure of the square, where white symbolizes space.

With this new series Valdés intends to work with new references, more modern and abstract than his classical inspirations, which include Velázquez, with his famous Ménines, and Matisse with his collages. Visitors will also be invited to experience the exhibition outside the gallery walls, thanks to Opera Gallery's collaboration with the Bristol, located a short walk from the gallery on rue du Faubourg Saint- Honoré. Four sculptures will be on display in the renowned Parisian hotel: two in the lobby, one at the entrance to the Épicure restaurant, and one on the terrace of one of the suites (this work will be not accessible to the public).

Represented by Opera Gallery since 2015, Manolo Valdés (born 1942) is particularly known for his unique way of drawing inspiration from art history and his singular approach to forms, colors, materials, and textures. Recognized as one of the leading artists of the contemporary scene, he has been exploring and revisiting the classics of art history for nearly 60 years, rightfully placing his work in the wake of the great masters who preceded him.

Other events from Opera Gallery Paris