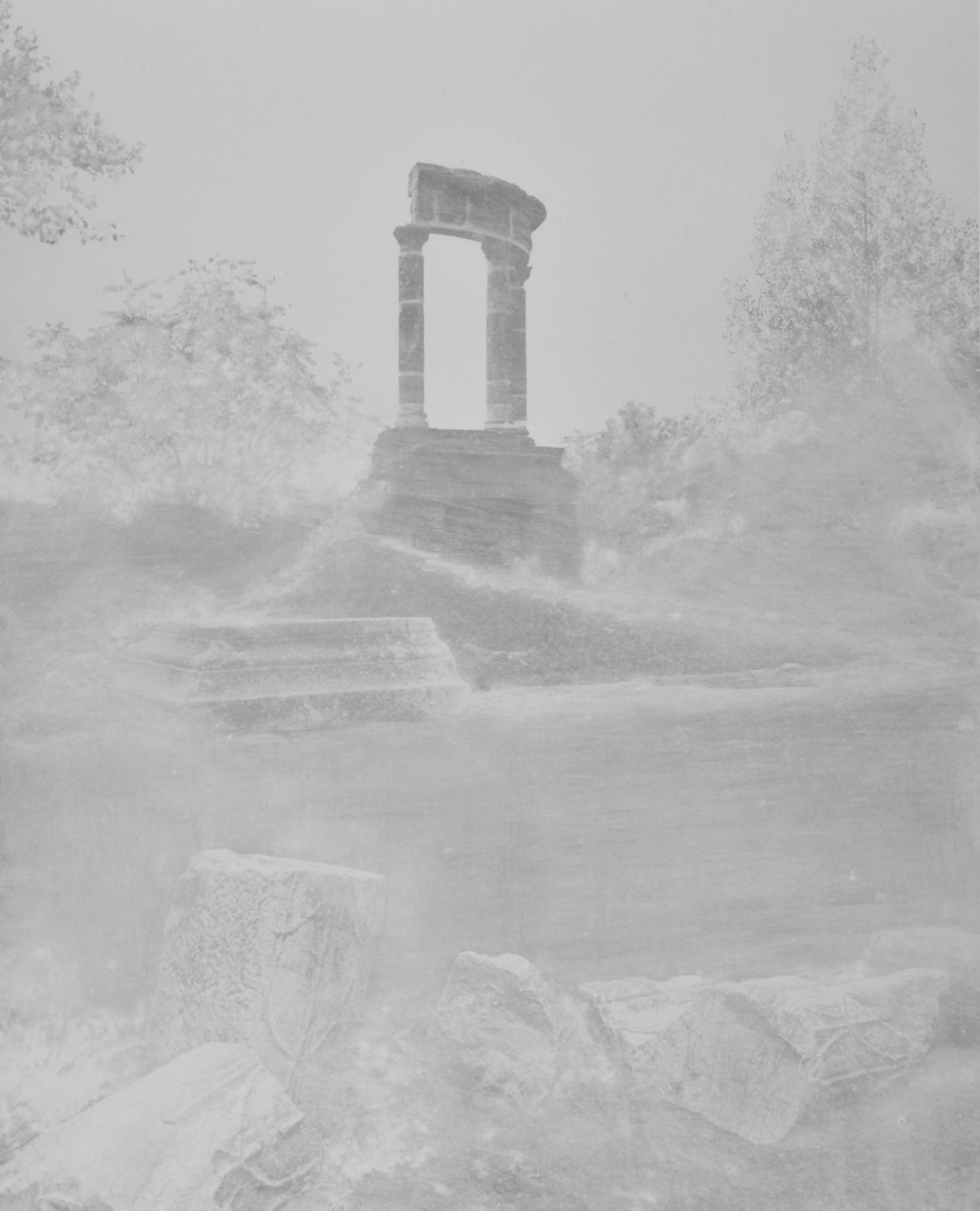 Following the remarkable success of her first series “Confine”, exhibited at Galerie Thierry Bigaignon in 2017, the young italian artist, Vittoria Gerardi, confirms her irresistible talent with a new series dedicated to Pompeii. A delicate and powerful work that challenges the very nature of photography.

Pompeii, in itself, is a kind of oxymoron: it is a constantly evolving ruin, it has an objective existence but provides a subjective experience, it is past and present, fossilized and moving. It is all that has been discovered and all it still holds. It is a city and it is a name. And it is now the name of the new series by Italian artist, Vittoria Gerardi.

Like the ancient city immersed in oblivion by natural disaster, later revealed through the use of plaster, Vittoria Gerardi uses two different materials to visually translate the richness of Pompeii. Its memory is evoked through the plasticity of the plaster and its “return to the light” emerges as metaphor through the silver gelatin. “The pictures I was able to take of the city are trapped in the reduced space of the negative, the images stagnate at the border of latency before being revealed by the positive print. Though, in Pompeii, what is revealed is still somewhat veiled!" explains Vittoria Gerardi.

In the spirit of the lingering unknown that characterizes Pompeii, the artist only reveals a part of her photographs in this work. Whereas some of the silver gelatin prints are almost entirely buried in sumptuous "photographic sculptures", revealing only their upper edge as a fragmentary, abstract and fluid line, some others are painted with that same plaster, so as to evoke the subtil equilibrium between what has been discovered and what is still buried.

In her "photographic sculptures", the fragments of prints that emerge offer to the attentive eye all the cultural richness of Pompeii: a geometric pattern, frail little leaves, the eyes of a painted screaming man, gem-tiles, etc. Each sculpture, coded through a sequence of numbers that identifies the section of the city where the image it contains was taken, encloses its own memory, and the selection of pieces placed next to each other reveal a genuine urban structure. On the other hand, the delicately “painted photographs” reveal both the beauty of the ancient city and the artist's poetic vision.

The minimalist sculptures and the veiled photographs resemble a mosaic, where each piece is there with its own information, but part of a whole figure. "Vittoria Gerardi always manages to arouse our curiosity and interest, the whole series being based on suggestion, rather than on simple demonstration. The sharpness is blurred, the reality is veiled, the monochrome is further reduced. In her creations, she uses a process of revelation that involves a paradoxical act of dissimulation. Prodigious!", concludes Thierry Bigaignon.