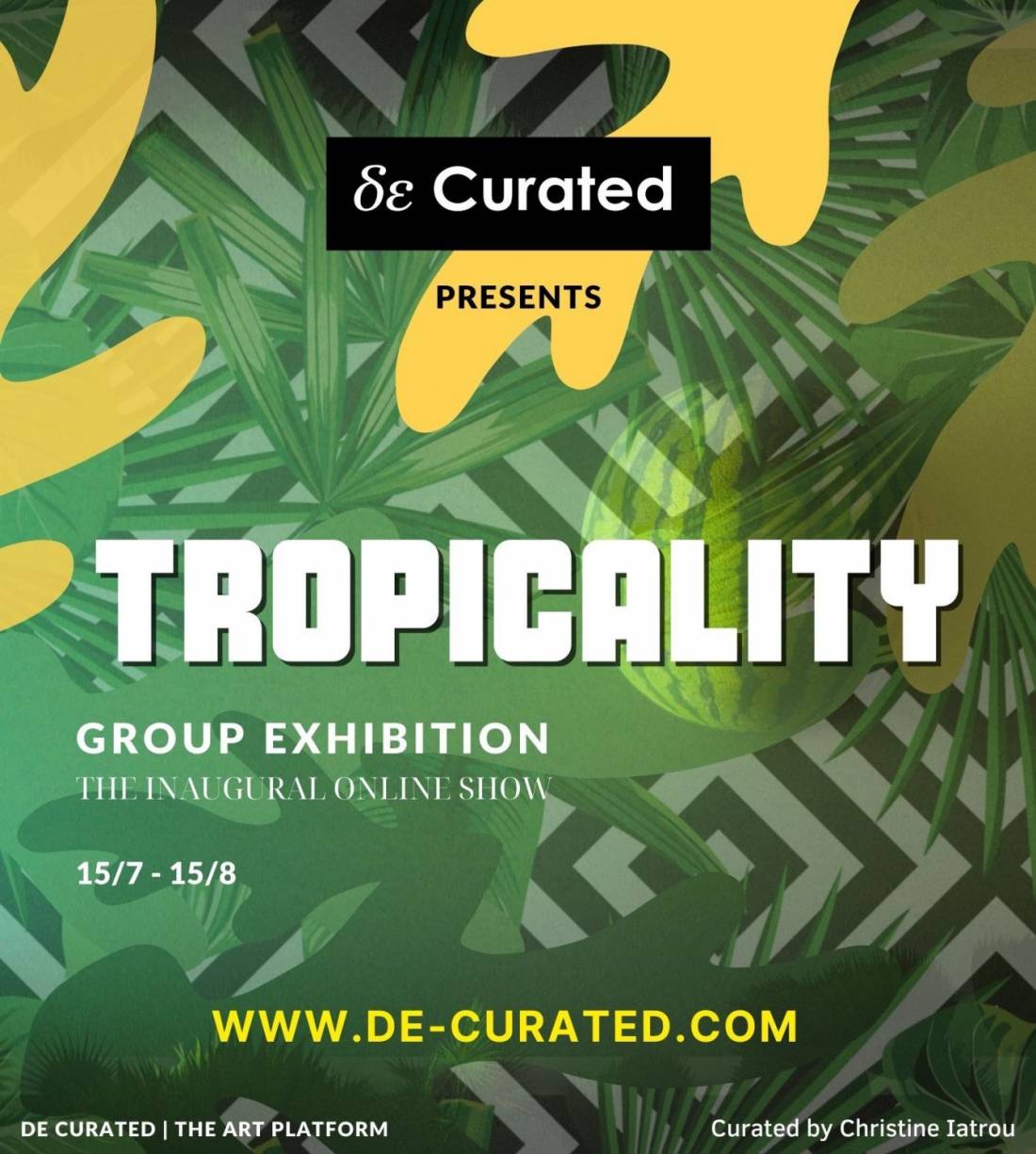 de Curated is thrilled to announce Tropicality, the inaugural online Group Exhibition that introduces 27 tropical and forward-thinking artists emerging into the Art world. Tropicality means the state or condition of being tropical; the extent to which something is reminiscent of the tropics. The exhibition sees artists displaying tropical views in various mediums, art genres and styles. The works vary from abstract and surrealism to realism, expressionism to impressionism and more.

The word "tropic" comes from Ancient Greek τροπή (tropē), meaning "to turn" or "change direction". Historically, the idea of tropicality gained renewed interest in geographical discourse when French geographer Pierre Gourou published Les Pays Tropicaux (The Tropical World in English), in the late 1940s. Tropicality encompassed two major images. One, is that the tropics represent a 'Garden of Eden', a heaven on Earth, a land of rich biodiversity or a tropical paradise. The alternative is that the tropics consist of wild, unconquerable nature. The latter view was often discussed in old Western literature more so than the first. Evidence suggests over time that the view of the tropics as such in popular literature has been supplanted by more well-rounded and sophisticated interpretations. The tropics are essentially the regions of Earth surrounding the Equator. The tropics also includes everywhere on Earth which is a subsolar point (the Sun is directly overhead) at least once during the solar year. In terms of climate, the tropics receive sunlight that is more direct than the rest of Earth and are generally hotter and wetter as they aren't affected as much by the solar season.

The exhibition sees artists like Babbling Corpse combining tropical landscapes with a cosmic burger. In a similar vein, Reili Evert explores the limitless topicality of a lemon, playing with layers and colors on digital drawing. Similarly, Susie Olczak plays with mixed media collages to convey the magnetism and the playfulness of the jungle. Equally, Angela Thouless, Anna Kerman, Ruth Egon, Josh Stein, Adam Lexar, Isa Pizzu , Vilma Leino, African artists Ayomide Odutayo, Yoseph Seboksa and Brazilian artist João Munhoz, with a bold palette and full of imagination, consider deeply the fierce, intense tropical vibes. French artist Nelly Gay surprises us with surrealistic and dream-like tropical scenes. While Daisy Crane's ethereal works with softer tones make topical feel peaceful and quiet. Spanish artist Judit Prieto uses graphite and watercolor to portray the mysterious side of the jungle. Another Spanish artist, Dasly with influences by different cultures, from Amazonian tribal crafts to Tibetan painting creates cheerful tropical vibes with acrylics on wood. Above all, Tropicality endeavors to gather together 27 pioneering distinctive artists who share their own perspective around the theme, reminding us the importance of being tropical on our daily lives.

Other events from de Curated | the Art Platform