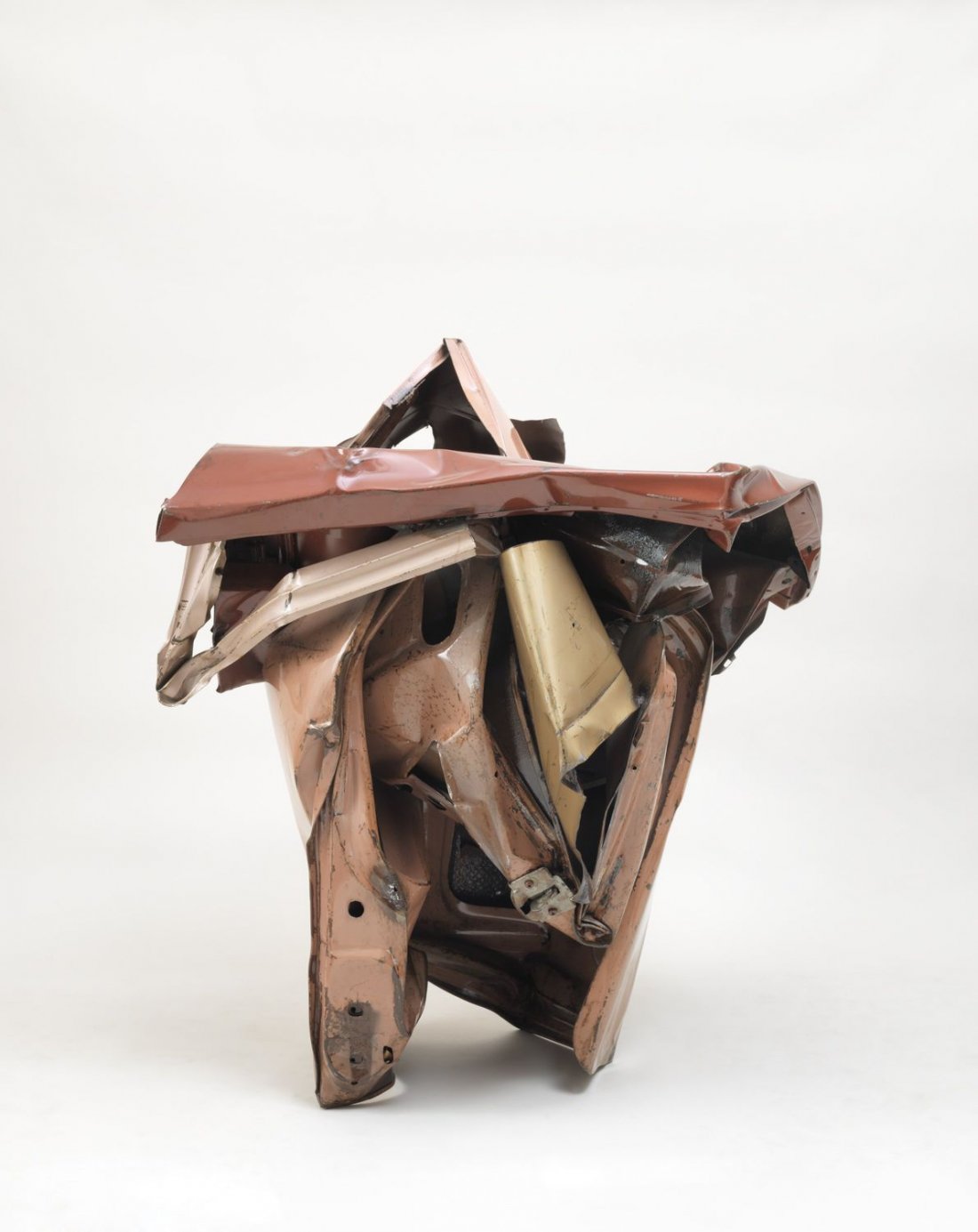 Inverleith House is delighted to present the very first solo exhibition in a UK public gallery by the great American artist John Chamberlain (1927–2011). Best known for creating vibrantly coloured, dynamic metal sculptures made from salvaged materials and car parts, Chamberlain’s brilliance and originality as a sculptor illuminated a career spanning six decades. He plays a pivotal role in the art of modern times, increasingly through his influence on younger generations of artists.

Displayed in the light-filled rooms of Inverleith House, the exhibition, which features key works from his early and mid-career, also extends into the Garden’s landscaped grounds with several of his later sculptures, which were created from twisted metal foil. Seen in the context of a garden, the exhibition accentuates the physicality of Chamberlain’s work, its affinity with the human form and its surprisingly natural, organic qualities.

Chamberlain was born in Rochester, Indiana, and grew up in Chicago. Having served in the U.S. Navy he attended the Art Institute of Chicago and Black Mountain College, before moving to New York City in 1956 where he continued to live and work. He has been the subject of numerous exhibitions worldwide and is represented in many public collections including the Dia Art Foundation and the Guggenheim, New York.