Boundary Songs: Notes from the edge of the Lake District National Park 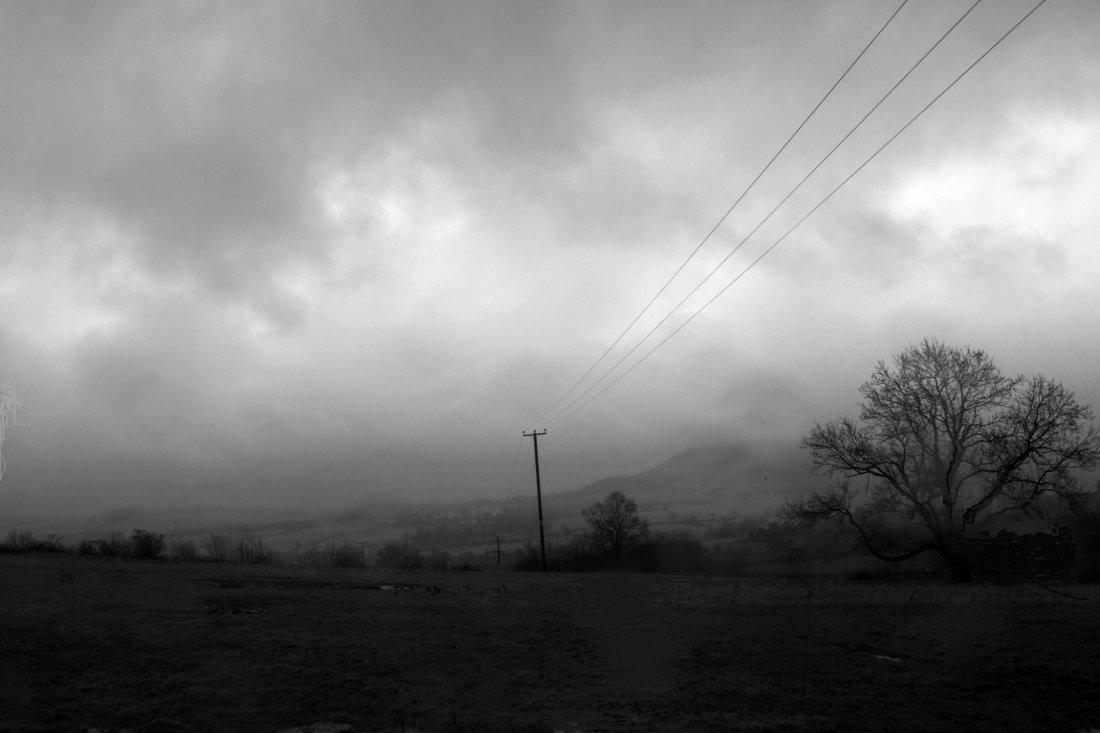 The exhibition is the companion piece to a new book, Boundary Songs: Notes from the edge of the Lake District National Park. It brings together a fragmentary assemblage of images, text and film that show a landscape consumed by ghosts of nostalgia. The work typifies a contemporary re-telling of the journey made around the fringes of England’s largest national park. With a shared interest in the disregarded borders between urban and rural, a selection of beautifully studied pencil and pen drawings based on the author’s photographs are combined with hypnotic films of the coastal edges and a flotilla of found fragments. The softness of the images interrupt calls for much-needed transparency and reform on key issues including house prices, economic inequality and social change.

David Banning took over 100 photographs on his long walk around the national park boundary at the end of 2017. Many of them were simply documenting particular places at certain times. But there were other textures from puddles, woods, sheds and doors that usurped and de-familiarised their commonplace functions. Printed in black and white on watercolour paper, he presents a series of hallucinatory imaginings including large format depictions of the derelict Valley End garage near Silecroft and the edge of darkness itself - the gates of Sellafield. Inspired by revered artists and filmmakers such as Derek Jarman, Iain Sinclair and Andrei Tarkovsky, he also presents two short films emphasising the dream-like state of the national park perimeter, set to music from the artist Richard Skelton’s luminously seductive ‘Border Ballads’ album.

After retiring from the art scene in 2012, Iain Sharpe moved from London to Glasgow to forget about his previous life as an artist. After a 5 year rest period, he was invited by his friend David Banning to create a series of drawings exploring the boundary extensions to the Lake District National Park. By carefully cropping the original photographs, he produced a set of 13 drawings along with a series of large pen works that are no glorification of the past. In different ways they have become coded messages signalling an uncertain future.

Julian Hyde produces photographs and text with a scuffed and borrowed camera and permanently damp notebook. He first met David Banning during the endless post-referendum rain. Drawn from nearly twenty years exploring the dark hearts of empty Windermere afternoons, his work embedded in psychogeography sets out to document the complex, unseen textures and disregarded emotions of a small town populated by future ghosts. The photographs presented in the exhibition range from a phone box near Black Combe, the almost black and white of a tarmac/kerb, a meadow glimpsed through a bus shelter and red paint sprayed on a tree bark by a river in Kendal.

David Banning is a writer based in Lancashire. His previous works include a guidebook An A-Z of Cumbria and the Lake District on Film (Hayloft, 2016) and the long psychogeographic poem Song of the Road (Voices in a Lane, 2018). He has completed a BA History of Art at Goldsmiths College, University of London and studied Lake District Landscape Studies to postgraduate level at Lancaster University.

Iain Sharpe is an artist working with pen and pencil on paper. His travel awards and scholarships include visits to Iceland, Italy, and Hong Kong. Sharpe taught at the Camden Arts Centre, London and lectured at Wimbledon School of Art and the University of Gloucestershire. He was visiting lecturer at Chelsea, Winchester, and Swindon School of Art. He lives and works in Glasgow.

For nearly twenty years Julian Hyde has, in the mistaken belief that there is nothing else to do, obsessively walk the side streets of Windermere. With borrowed cameras and sodden notebooks he built up an accidental archive of the textures of the unseen. It was always mid-afternoon when the beautiful eeriness enveloped the walks.

Other events from Cross Lane Projects