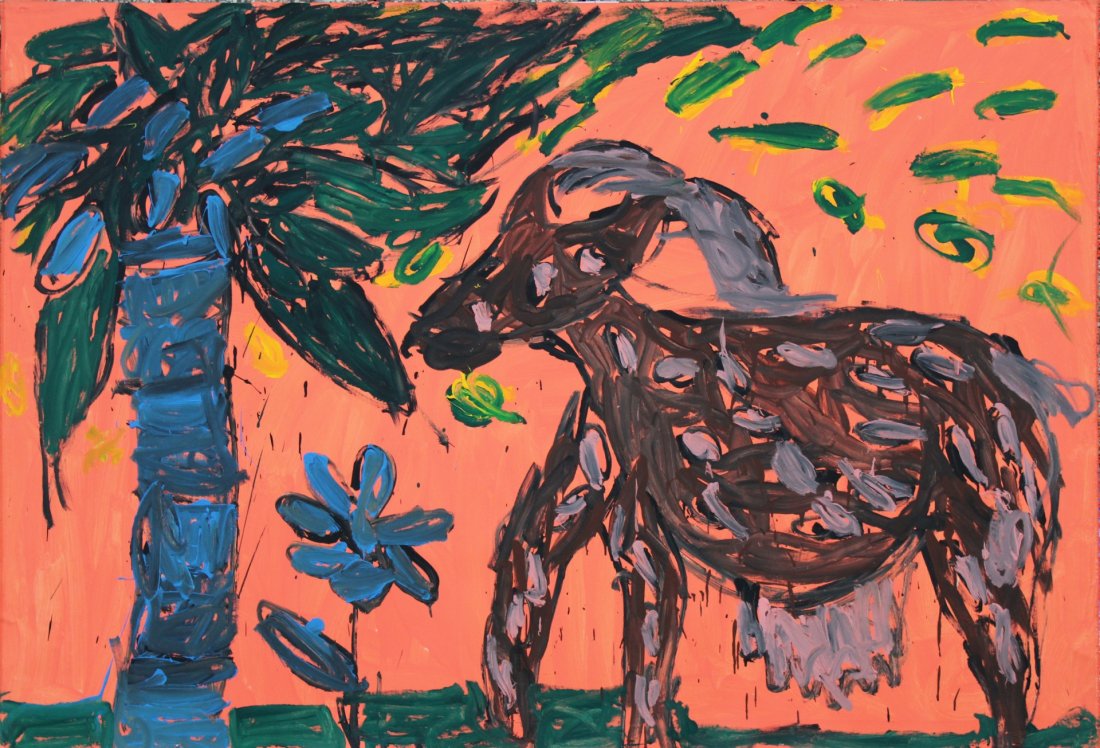 PUBLIC Gallery is excited to present Matteo Cordero’s debut solo exhibition. This exhibition continues Cordero’s interest in the narrative potential of art; it presents a new series of paintings that explore the continuum of past and present, seeking to capture the essence of experience rather than to document it in all its details.

Visual art has always been closely associated with storytelling and Cordero’s practice simultaneously engages narrative while presenting images in a non-narrative form. Influenced by the Neo-Expressionists of the late 1970s and 1980s, particularly the Italian Transavanguardia movement, Cordero aims to return to the traditional act of painting; one that elicits emotion and meaning through intensity of process, image and narrative. However, his work takes shape as a series of loosely connected episodes, linked through ambiguous themes and images but highly individual in themselves.

In this new series Cordero chooses to ground his imagery in metaphor. Concerned with ritual and myth, as well as the essence of experience; he creates haunted landscapes punctuated by everyday objects as well as strange primitive half-human, half-animal beings that are either hunter or hunted, victor or victim. These forms are rendered simply and economically, the colour is intense and mark making bold and direct. There is almost no sense of illusionistic space, rather shifts of scale are as schematic as the figures. Cordero uses colour and texture to underscore the immediacy of the experience, all of which acts as a conveyor of mood.

Cordero’s paintings refer to the elemental forces of the surrounding environment and the unearthly spirit that animates them. They are expressions but not literal renditions of the farmlands and hills around the Northern Italian comune Mondovì where he was born. He is able to encapsulate in a single image both the sense of specific place and time, linking to his Italian heritage, as well as a landscape that could exist elsewhere, at any time.

In keeping with his Transavanguardia predecessors Cordero has dismissed an over-intellectualized and refined approach to art, turning back to expressing raw emotion. By observing Cordero’s paintings, one has the distinct sensation of being in front of an intimate and sensorial diary in which the elements of experience are subjected to a personal and powerful transfiguration.

Matteo Cordero (b. 1988) is an Italian Contemporary artist, born in Mondovì he now lives and works in Turin. In 2016, he graduated with an MA Fine Art at the Chelsea College of Art, London and in 2017 he was selected for the Royal Academy of Arts Summer Exhibition displaying a large portrait in Gallery VI curated by Yinka Shonibare MBE (RA). His work is in a number of international private collections.