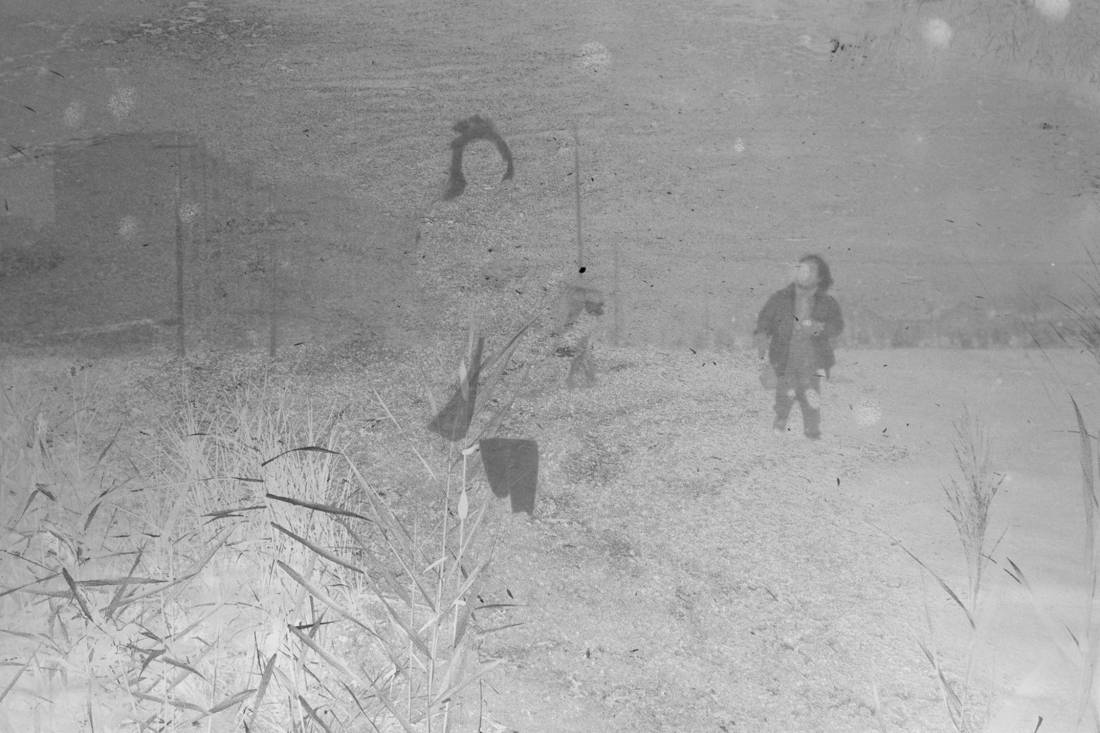 Offshoot Gallery is pleased to present Wenxuan Wang’s first solo exhibition, Parallel. The exhibition is an ensemble of two series of her works, No Such Person Found (2019-2021) and Back To Nowhere (2020), in which Wenxuan becomes both an outsider and an insider exploring different narratives and memories. As she questions these unexpected encounters at familiar places, the parallel reality starts to manifest itself.

Archives, such as old family portraits, have always been carrying the weight of remembrance and preservation. Wenxuan is particularly fascinated by her own encounters with these visual narratives of a past in which she might or might not have participated in. Her series, No Such Person Found (2019-2021), documents a discovery in which her name had been replaced by a non-existent male in the family tree. As she stomps upon her own memories, she has never felt a limbo so overwhelming that she thought she had become a stranger in a strange land. The narrative behind the photographs and sculptures is materialised into elements that represent Wang’s unexpected identity issue. Old documents, traces of the faulty family tree, faces that are made disappeared…have all become symbols of her doubts and ruptures, representing the loss of authenticity.

In her series, Back to Nowhere (2020), Wenxuan explores the distorted textures of these negative transparencies by soaking the films and “ruining” them with liquid. As she uncovers the unseen forces in films and recreates the landscapes and family portraits, the process of distorting or destroying also becomes a symbolic act that denies the validity of archives and preservations.

An inquiry into the abandoned places and archived family images is Wenxuan’s way of constituting the parallel realities. While she tries to dig out all the possible clues, the parallel world forbids her; as if there is no intersecting point that leads her to more evidence. Yet when she falls between and betwixt her version of reality and her fantasy of knowing the parallel, the growing emotional attachment becomes the answer to the question: where have I been?

Wenxuan Wang (1996, China) is a London based artist, working with photography along with mixed media. Graduated from the Royal College of Art’s MA Photography in 2021, Wenxuan has been experimenting with various photographic techniques as well as sculptures. She investigates the concept of absence and the distortion of dynamic memory/memories. She also explores how photographic materials can serve as a means of presenting and delivering the ambiguity, fluidity, and malleability of memory/memories that manifest in multiple realms and forms of presences and absences. Questioning archives, histories, and meta-narratives, Wenxuan considers one’s individuated identity, as well as the memories, crucial for a constantly constructing and re-constructing narrative.