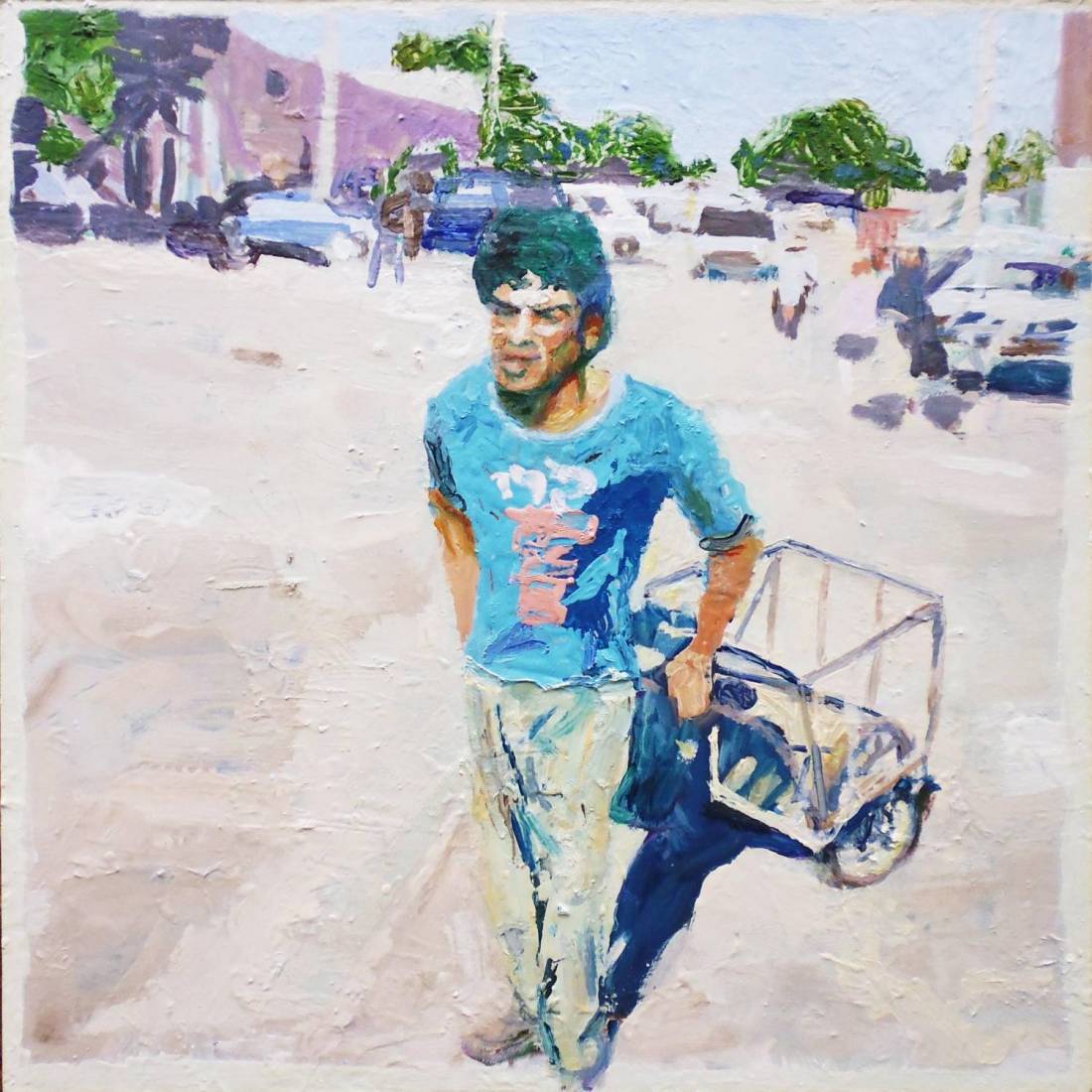 We are pleased to display a collection of paintings by Trevor Burgess in our Reception Gallery.

Trevor Burgess initially studied literature, going on to train and work as Assistant Curator at the Norwich Gallery for four years at the time of the establishment of the ‘East’ international exhibition. He founded and steered the development of the Warehouse Artists Studios in Norwich, where he was based from 1990 to 1997.

In 1997 Burgess moved to Barcelona, studying on the Winchester School of Art MA European Fine Art. During this period he produced a series of large, figurative paintings exploring the relationships of families and children.

After returning to the UK in 1999 to live in London, Burgess became interested in the characteristics of the urban space around him as subject matter. He began using his own photographs of people’s daily lives in the city as a source. This series of work was shown in a solo exhibition touring in Spain in 2007.

For many years Burgess has been interested in street market stalls and shops in London as a subject for painting. He has since made paintings of markets during travels in other European countries, Latin America and India.

Other events from Mandell's Gallery