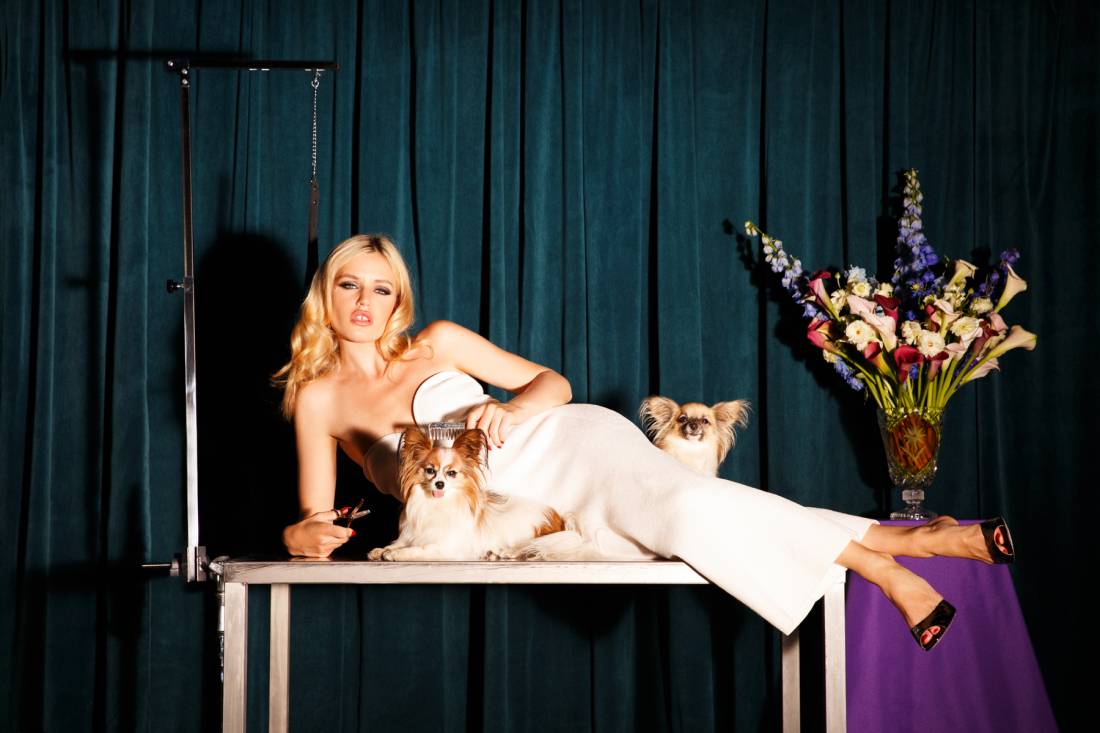 The irreverent and tongue-in-cheek photographs stage mise-en- scènes featuring an all-star cast of famous and fabulous women, accompanied by a selection of stunning dogs that humorously mirror their human counterparts.

The series title BITCHES is a double entendre that speaks to the spirit of play and provocation present in these photographs of remarkable women and surprisingly glamourous dogs. The series brings together women who have likely, at one point or another, been labeled a ‘bitch’, whether because of their beauty, success, independence, or self-assuredness. It celebrates these characteristics, picturing women (and dogs) who are unabashed, daring, and authentic. BITCHES embraces our societal fascination with visual media and our obsession with commerce, culture, glamour, and celebrity, ultimately celebrating the incredible women at the heart of it all.

Alongside the photography series, the exhibition will be complete with behind-the-scenes polaroids taken during the shoots.

Born in 1995, Daniel Sachon is a British image maker and creative director. Sachon is known for his complex, detail-orientated approach; he deconstructs and employs the visual indicators of the shared languages of art and commerce, allowing him to reverse engineer the image making process and meticulously construct worlds that exist somewhere between art and commerce, reality and fantasy. His work is a triality of visual exploration; it questions how a narrative is created art-historically, celebrates our enduring obsession with ageless glamour, and critiques the slick and meticulous formation of advertising campaigns designed to subliminally inform our lives.