The making of The Last Faust : Meet the Director and actors from the cult arthouse film 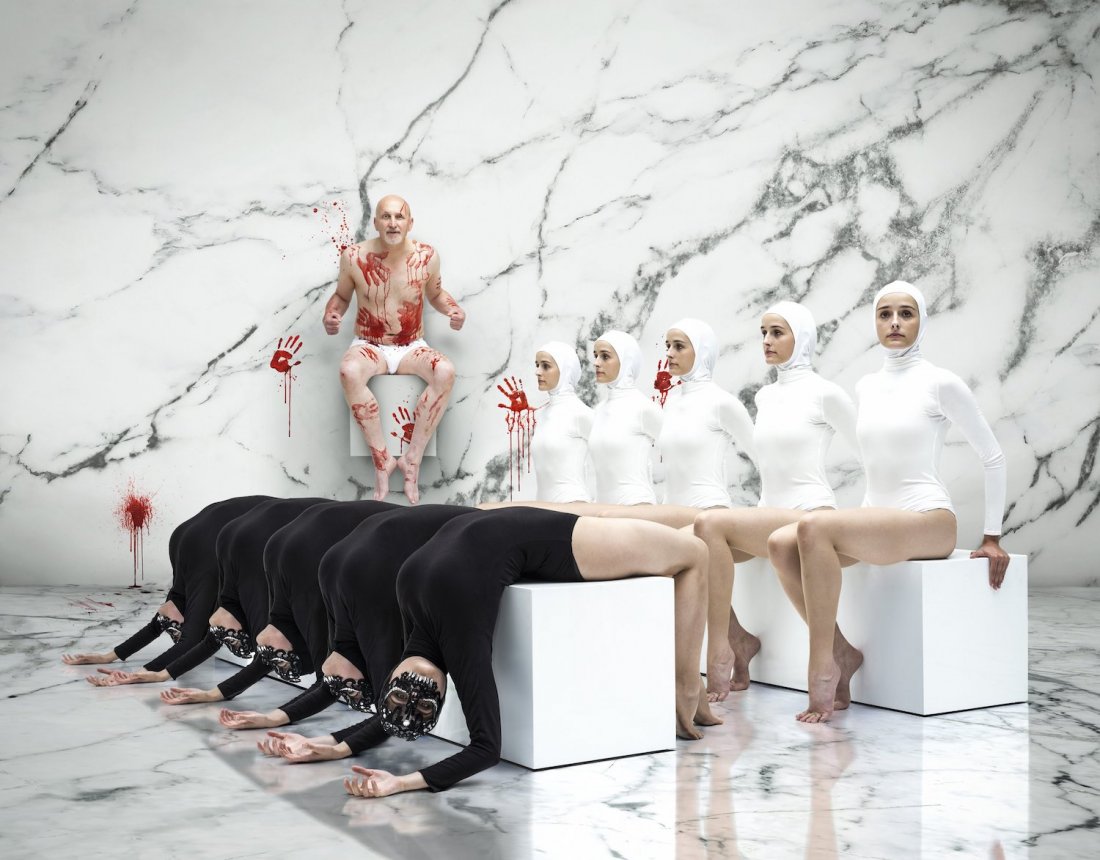 Artist and Director Philipp Humm and his team will be giving insights into the creation of arthouse feature filmThe Last Faust. A screening of the film will feature alongside Humm’s current exhibition of large scale photographs and ancillary artworks on show every day at 4pm until Saturday 24 October.

Humm’s body of work has reinvented and re-imagined Goethe's Faust intellectual relevance for the 21st century, touching on classic and extremely modern issues of corruption, love and power, through to contemporary references such as Harvey Weinstein and Silicon Valley.

The Last Faust, co-directed by Dominik Wieschermann, was released in late 2019 and stars Steven Berkoff as Dr. Goodfellow, the film’s narrator and Faust's successor, Martin Hancock as Dr. Faust and Glyn Dilley who takes on the role of Mephisto. The film was the first step in the creation of an entire body of work of film, painting, photography and sculpture – each ingredient an artwork in its own right and the body of work presenting an extraordinary, ambitious and visionary achievement.

Director and artist Philipp Humm as well as actors from the film will be on hand to discuss the project and answer questions. Arrival from 6.45pm, talk starting at 7.30pm.

Philipp Humm’s transition from entrepreneur to artist and ‘ironic-narrator’ of modern life has been less than orthodox. His art traverses societal norms and directly questions human nature and what lies ahead as we blindly pursue technological advancement with sometimes shocking alacrity. Primarily a painter and sculptor, Humm works with film, digital photography and literature to broaden the narrative. Recognising the transformative nature of art, he is keen to democratise the rarefied universe in which it exists today. Humm’s influences are strongly underpinned by a broad remit of German culture that includes everyone from Goethe to Heidegger, Wagner to Rammstein as well as the work of Egon Schiele and the Blue Riders art movement. Born in Saarbrücken, Germany in 1959, Humm began painting at a young age until, like many before him; he was drawn into corporate life where a stratospheric rise saw him head-up some of the world’s largest tech firms. He holds a BA in Philosophy from Saarland University, Germany and MBA from IMD in Switzerland. In 2015 Humm dropped out of corporate life to concentrate exclusively on his art. He studied at London’s Fine Art Studio and Florence’s Academy of Art. He lives and works in north London and in the south of France with his partner Daniele Mah.