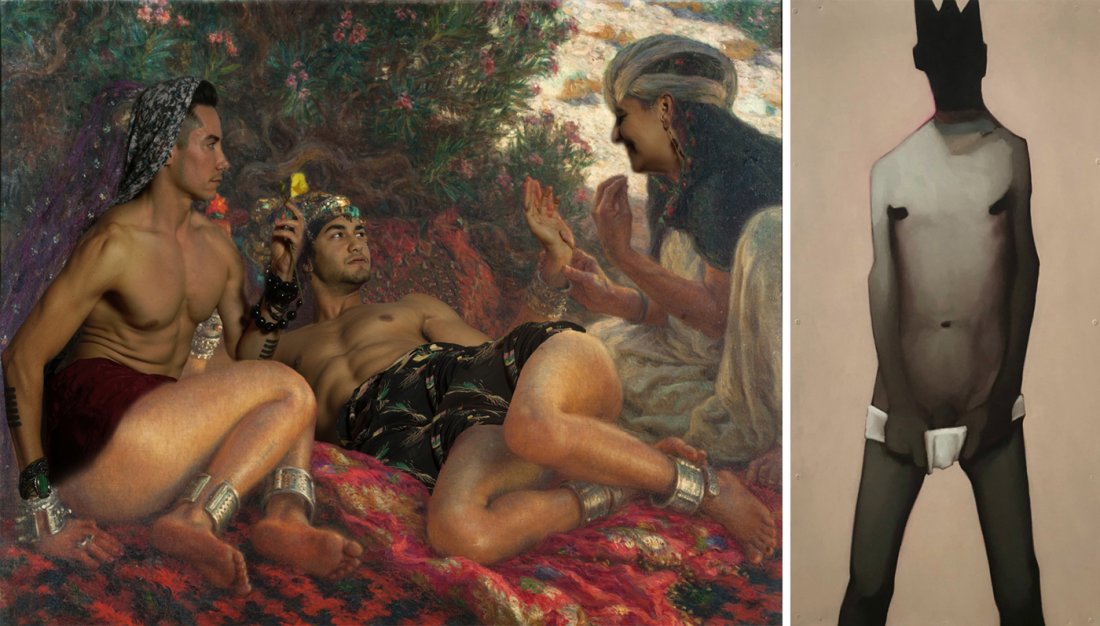 Oli Rodriguez’s interdisciplinary practice spans all object-based media plus performance, installation, and writing. This is show is part two of a project of digitally manipulated photography. The Last Seduction / La Seducción Fatal "queers" the strict limits of acceptable subject matter of 19th Century South American colonialist painting by recontextualizing figures from the white, heteronormative heroism of European classical iconography with non-gender-conforming and people of color. This 21st Century intervention into a canon of representation presents a sharply contrasting interpretation of official historical truth. His exhibition is partially funded by the City of Chicago's Department of Cultural Affairs and Special Events (DCASE) through a 2018 Individual Artists Program (IAP) grant.

Grey James’ paintings and mixed media works have for many years been concerned with the examination of specific motifs. Many of his core subjects are repeatedly and rigorously selected: the male nude, lemons, the sky, the sea, the horizon. At the center of the work is the idea of “Nothing.” As the artists observes: “there’s a lot going on in Nothing.” As banal and monotonous as that appears, there are deeper meanings that touch on age old experiences of solitude, simplicity, and the truth found in silence and the observation and contemplation of the world. Simple works presented without pretension are tremendously powerful. The newer works in this show continue his traditional focus, made while the artist was undergoing testosterone therapy as part of his gender transition.