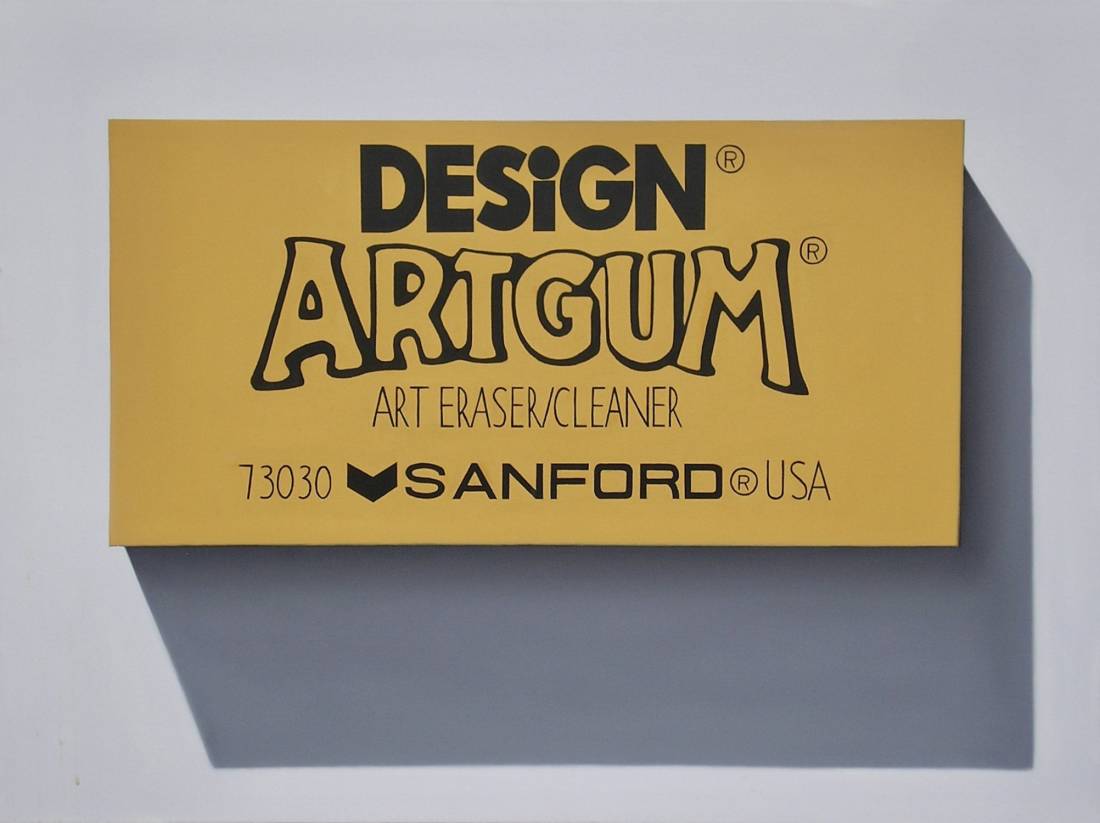 GBGLA is pleased to present OBJECTS, a three person show featuring the work of painters Tom Gregg, Richard Parker, and Randall Mooers.   These three artists draw on the long history of still life painting but each take it in a new direction - pushing the concept forward in their own unique voice.

Drawing on the Dadaist dictate that “anything can be art,” Mooers creates whimsical and unexpected compositions inspired by the ontbijtjes (laid tables) of the 17th Century Dutch masters with a touch of hyperrealism and trompe l’oeil thrown in for good measure.  Playful and impeccably painted, Mooers’ work features fruit with imperfections, half eaten cookies, popcorn kernels and crumbs scattered about, as well as highly symbolic objects: a string is a nod to string theory, a tea pot reflects the studio behind the artist and become a window to another world, a key to an unknown door appears in several paintings, and an orange wearing a broken eggshell as a hat is riding a papaya in a “parade.” The absurd and the beautiful collide in Mooers’ fantastical paintings.

Richard Parker’s paintings are exquisitely rendered portraits of ephemeral objects more often used to create artworks than as the content.  With a nod to Pop Art, Parker focuses on the most elementary of subjects: the very materials artists use to create their work - pencils, eraser, and pastel sticks.
Parker balances the pristine with a touch of whimsy in his canvases - oversized and almost flawless in their depiction, Parker nonetheless includes the marks of hand sharpening on the pencils and of use in the pastels.  Only the erasers are shown in their unused sublime perfection - speaking to that moment before the work begins and when all things feel possible.Defiantly simple and elegant, the paintings are formal in their geometry yet masterfully playful in their content and scale.

Tom Gregg’s paintings are formal explorations of light, shadow, and geometry.  Elegant and restrained in their color palette, the compositions at first glance seem simple.  But further inspection reveals the absurd and occasionally ominous relationship between the objects: a grenade sneaking towards a balanced stack of oranges, a knife resting next to an unpeeled egg, a tea cup hiding in a group of apples.

A clear lineage exists between Gregg’s work and the Morandi’s masterful mid-20th century still life paintings.  But Gregg has pushed the narrative aspect of his paintings into new territory through the complex relationships between his objects.

Objects have a powerful resonance for Gregg.  These objects have an existence in their own right, their own life in the universe but with a different sense of time. A bowl left on a table with remain there - oblivious to the activity swirling around it.  They have a patience and a calm that is far removed from the frenetic pace of modern life.

Other events from Billis Williams Gallery