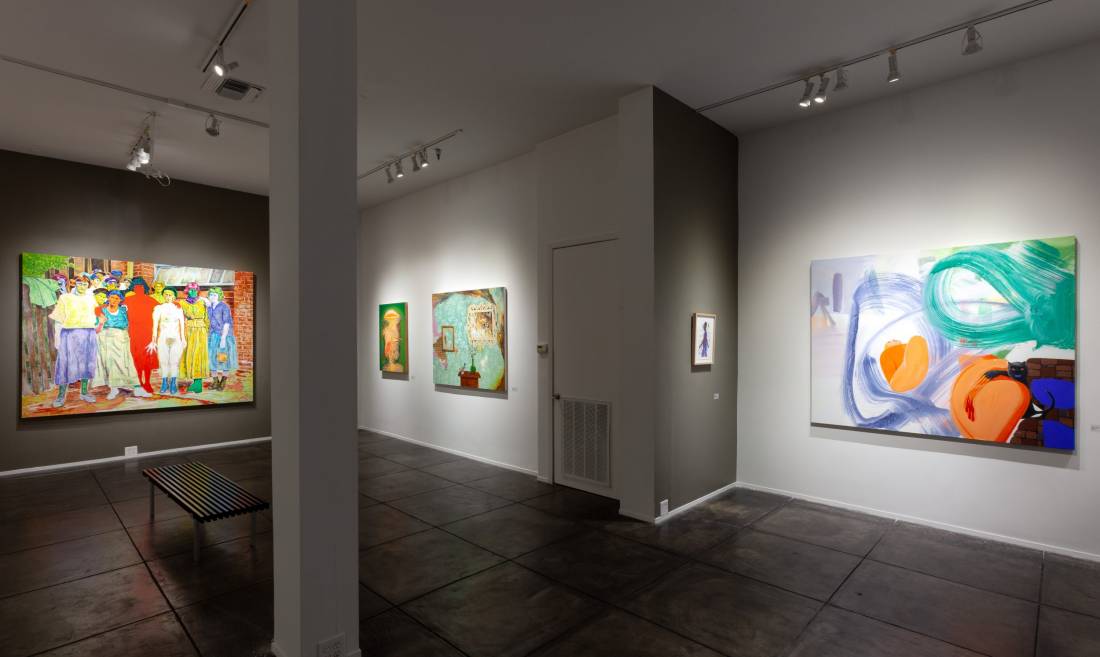 Cameron writes of the exhibition:

This two-part exhibition brings together new work by a dozen American painters whose individual styles represent parallel approaches to issues of representation. From realist figuration passed down through the classical tradition to quasi-abstraction rooted in cartoons, material culture and photography, Re: Representation purposefully juxtaposes artworks from separate genres to explore the boundaries of contemporary stylistic pluralism, and hopefully underscore the deeper connections between works that at first appear to represent very different traditions. Most of the participating artists in Re: Representation will be showing their work in New Orleans for the first time, and in several cases are represented by paintings created especially for the exhibition.

Re: Representation is organized by New York-based curator Dan Cameron, best-known locally for founding Prospect New Orleans in 2007 and organizing the first two and a half editions of the international triennial through early 2012. Re: Representation is also the second cycle of exhibitions organized by Cameron for Jonathan Ferrara Gallery to coincide with Prospect, the first pair being Sin Título and Oscillation, which ran alongside Prospect.4 in late 2017 and early 2018.