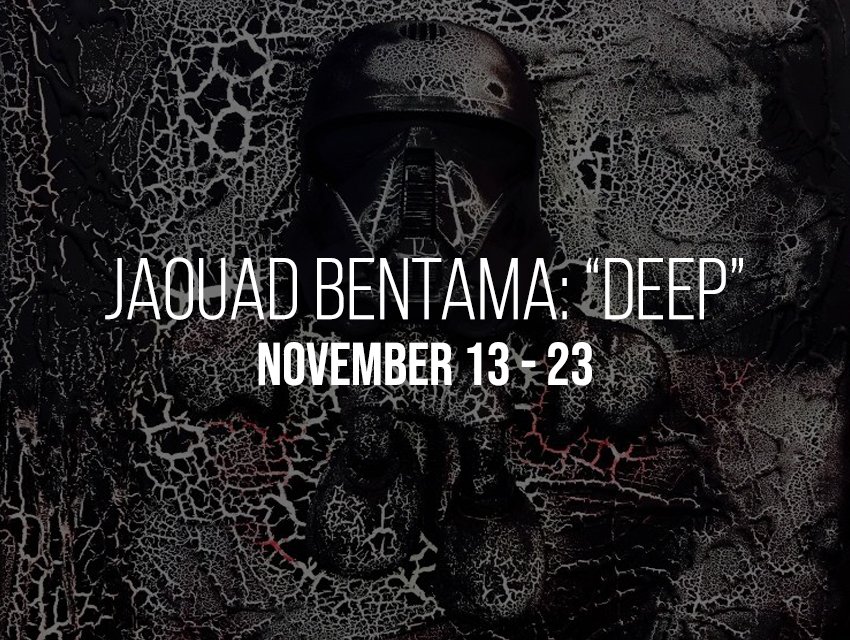 Jaouad Bentama was born in Paris, between two doors, Saint Ouen’s and Clignancourt’s.

Flea and public markets are his early playgrounds, and he regularly finds himself working along his dad selling second-hand objects.

It is through this dusty and cluttered world of old artifacts that Jaouad Bentama started assembling diverting objects to create a window to an otherworldly place.

And it is in 2012 that his window of opportunities will present itself. Jaouad decides to move to New York City and to undertake formally his artistic life surrounded by a collective of artists and driven by the trepidation of the city.

His work gracefully combines painting and found objects that consistently refer to the childhood world. Based on the idea of catharsis, his work animates the terrifying figures of his childhood in the service of a possible sublimation.

Thusly all stuffed animals, objects and recurrent messages used in his paintings evoke a disturbing imaginary journey, oftentimes dark, which awakes unresolved emotions for the spectator.

Everyone seems to be summoned to take a walk down memory lane and revisit their childhood.

Jaouad Bentama is a longtime member of Con Artist Collective's studio. He moved from Paris to NYC in 2013 and has been an inseperable asset at Con Artist ever since. He creates 3-D assemblages on canvas utilizing plush pop culture icons and his signature expressionistic painting technique.

Other events from Con Artist Collective