Kate Groobey – I'm Made Of Milk 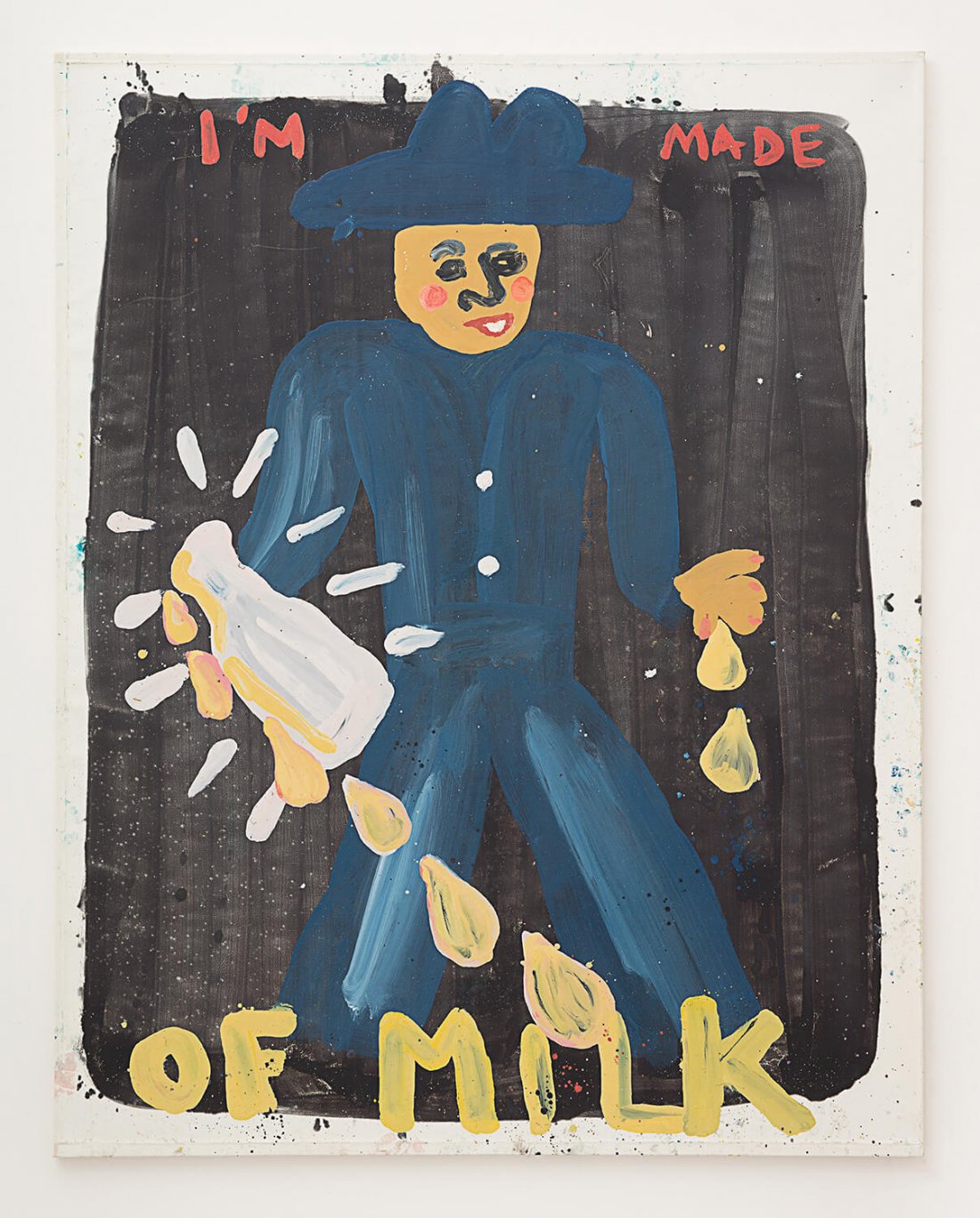 Horton Gallery is pleased to present I'm Made Of Milk, an exhibition of work by British artist Kate Groobey. In a series of paintings and video performances, Groobey explores the notion of innocence.

Her characters bake cakes and cut up slices of melon to share out. The French phrase, and title of one of Groobey's paintings, 'Tend ton bras' translates into English as 'reach out your arm and take'. In her painting, a young boy does just that, reaches up towards the stars. A young girl claims that she is made of milk and a group of children delight as they uncover buried treasure.

Groobey’s characterizations are humorous and truthful, challenging us all to wonder what we're made of and what it is we are in search of.

These paintings and videos are based on a series of intimate water-colors Groobey made during a summer spent with friends and family in Tuscany and the South of France. They portray an impactful moment between Groobey and each of her models.

Going on to make large-scale paintings, using big gestures and the drips and flicks of her brush, Groobey revisits the initial encounters with her models.

In the video performances Groobey dresses up, in self-made costumes, as the models in her paintings. To self-composed music, she takes the place of her subject and uses the jiggles and squats of her body to collapse the relationship between artist and model.

In this intersection of dance, music and painting Groobey is both artist and model.

She received a BFA from the Ruskin School of Drawing and Fine Art, Oxford University, Oxford, UK and a MFA in painting from the Royal College of Art, London, UK. In addition to Horton Gallery, she has had recent solo exhibitions at Ever Gold, San Francisco, CA; Redling Fine Art, Los Angeles, CA; and David Lynch’s Club Silencio, Paris, FR. Her work has been included in group exhibitions at König Galerie, Berlin, DE; Transition Gallery, London, UK; La Sira, Paris, FR, and Villa Lena Foundation, London, UK; among others. Her work has been discussed in  i-D/vice, New York Arts Magazine, and Dapper Dan Magazine, among others. The artist has also been included in the publications 100 Painters of Tomorrow (2014), and the Bloomberg New Contemporaries catalog (2011).