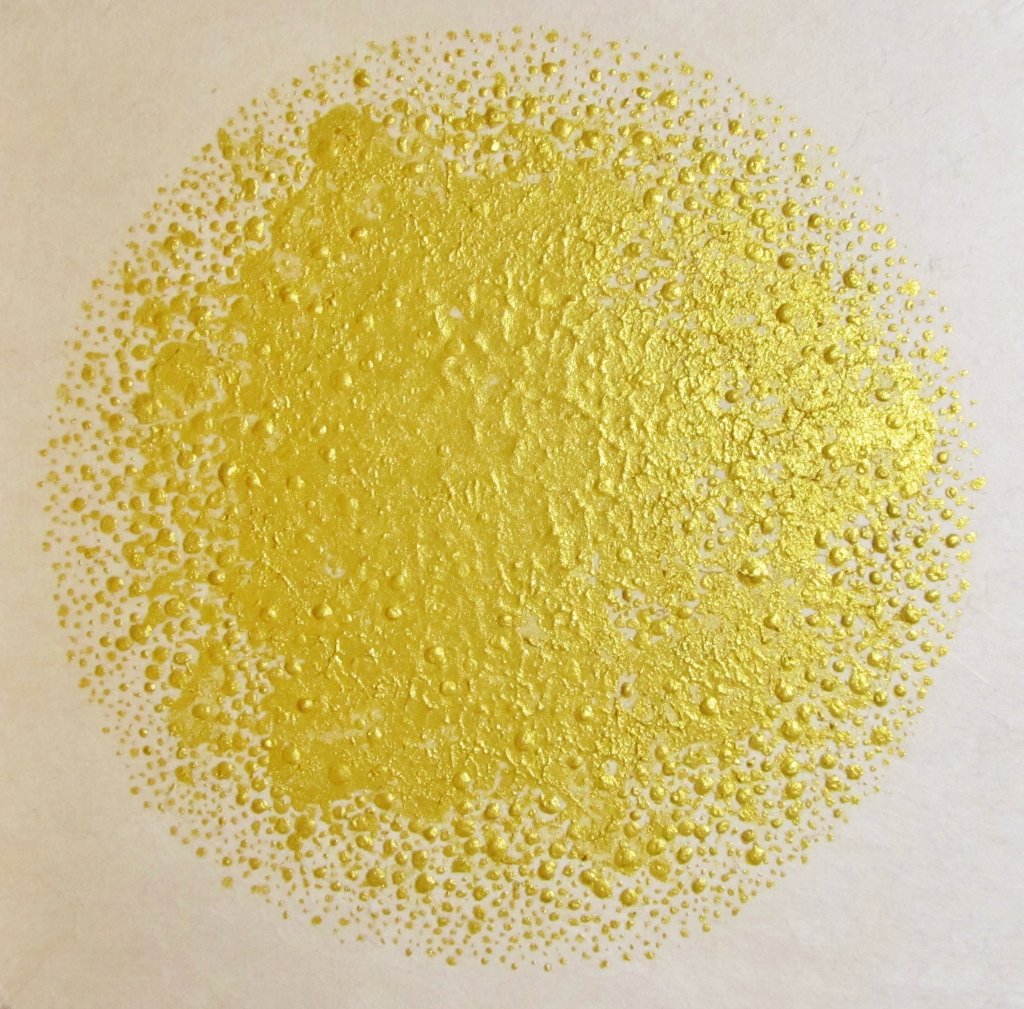 ARTIFACT Gallery is pleased to announce, an exhibition of new work by New York-based artist Katsura Okada. Her show, Forms of Souls, it’s an exhibition of new paintings of golden pigments on handmade paper, wooden panel and paper installations. This exhibition is a continuation of the artist’s ongoing exploration into golden tiny dots expanding to the overall of shows nature designing abstraction and organic forms. The artist utilizing powdered golden pigments, natural liquid adhesive on handmade paper, wooden panel and paper installations and she is painting countless golden tiny dots by brush. Forms of Souls expanding to overall infinity. Okada says “From parts, tiny flecks expanding to the overall, as a whole. It is like reviving something on my images inspired organic forms.” The Forms of Souls exhibition will be exhibited about 17 works, including new works “Spirits Dwelling in Trees”, the works morphed using her series of golden tiny dots, inspired by the feeling that a suddenly lost a life is still floating around as souls. It is an attempt to express contemporary art with lightweight images that shines brightly as if the soul was breathed new life, and that invisible of souls would be visible one, not ghostly terrible image. These forms of abstract and simplify works are Okada’s central theme of spiritual revivals in a different way. For this new series, Okada’s created a distinctive technique of painting tiny dots in gold, after undergoing the process, the pigment’s texture and flecks are permanently fixed in gold. The artist’s distinctive technique allows each groove and individual dot to reflect, amplifying it is natural beauty in its various and fascinating shapes. Her new paintings are beautiful golden works infused with both concrete and abstract significance, and various fascinating shapes. Also she invites her viewers to take what they will from her work.

Katsura Okada was born in Tokyo, Japan, attended Sokei Academy of Fine Art & Design and has a Master of Japanese Calligraphy Arts from the Tokyo Academy of Calligraphy Art. The artist’s distinctive works include a myriad of tiny dots painted by brush in different colors and arranged in a particular order to give an impression of an organic form or an abstract shape. Katsura utilizes powdered golden pigments, ink and natural liquid adhesive on handmade paper to produce her unique lightweight paintings. Says the artist: “For this new Flecks of Shine series, I‘ve created my own technique of painting tiny dots in gold; after undergoing a special process, the pigment’s texture and flecks are permanently fixed in gold.” Every tiny part, every groove reflects the light, amplifying its natural beauty. Since 1990, Okada’s work has been shown extensively worldwide, including many European countries, Mexico, Canada and the United States. She has exhibited in a number of galleries in Brooklyn and NYC, including A.I.R. Gallery, Black and White Gallery, Columbia and Marymount Manhattan Colleges among others. Recently, Okada’s works have been exhibited at Whitney Museum of American Art in New York, Hammond Museum in North Salem, New York, and Florida State University Museum of Fine Arts, she also participated in the 57th Venice Biennial in 2017. The artist’s works have been shown in her native Japan in Karuizawa New Art Museum in Nagano, and the Museum of Arts & Crafts-Itami in Hyogo. Okada has received first prize/grants from Tokyo Metropolitan Art Museum, the Shoto Museum of Art in Tokyo and the SoHo Art Competition in New York among others. Publications include Hyperallergic, ARTspeak, Manhattan Arts, NY Arts Magazine, the Yomiuri America newspaper, New York, LUXOS (Milano), Collezioni Sport & Street (Modena), IL NOTIZIARIO DELL’ A.I.A.M. (Rome), Les Editions Arts et Images du Monde (Paris), DART International Magazine (Toronto) and others. For more Information, please visit www.KatsuraOkada-artist.blogspot.com

Other events from Katsura Okada