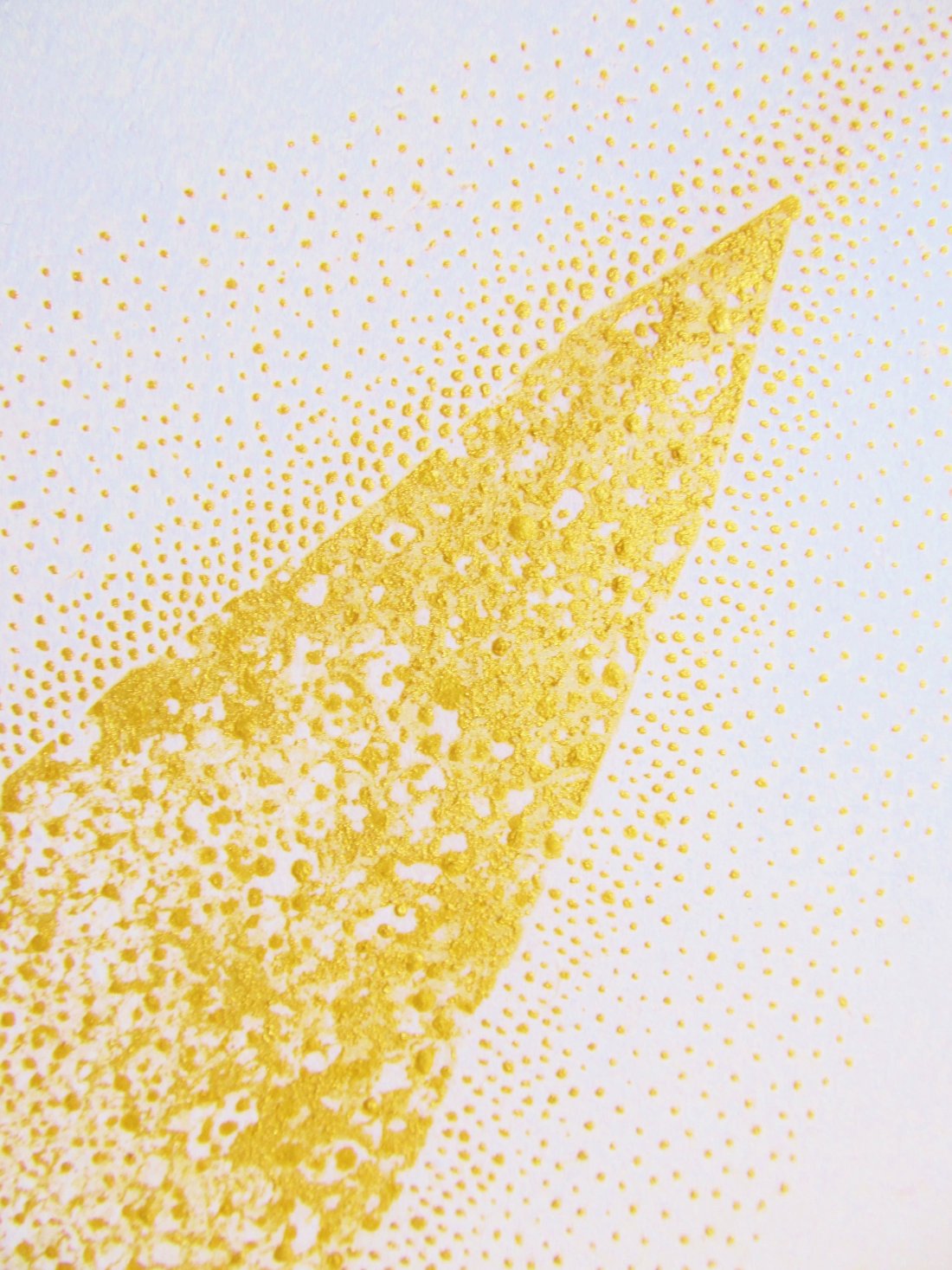 A.I.R Gallery is pleased to announce an exhibition of new work by New York-based artist Katsura Okada: Shining Flecks II: Forms of Group, Flock and Swarm. This exhibition of new paintings uses the artist’s recognizable golden pigments and handmade paper installations as a continuation of the artist’s exploration of the abstraction of organic movement.
The many and mesmerizing hand painted dots seem to expand to an overall infinity, hoping to represent nature through the medium of flecked gold paint.
Okada’s previous research has focused on understanding collective behavior and large-scale biological patterns, and the forms appearing in her artwork are a direct result of this study of actions and interactions between individual components of a system. The end result looks similar to natural phenomena like ant hills, a flock of birds flying overhead, swarming locust, or even a busy school of fish.
In addition to new paintings,  pieces from Okada’s series Flecks of Shine will also be on view . These pieces ruminate on  Okada’s central theme of spiritual revivals in a different way. A new and distinctive technique allows each groove and individual dot to reflect light, amplifying its natural beauty in its various and fascinating shapes.

Other events from Katsura Okada