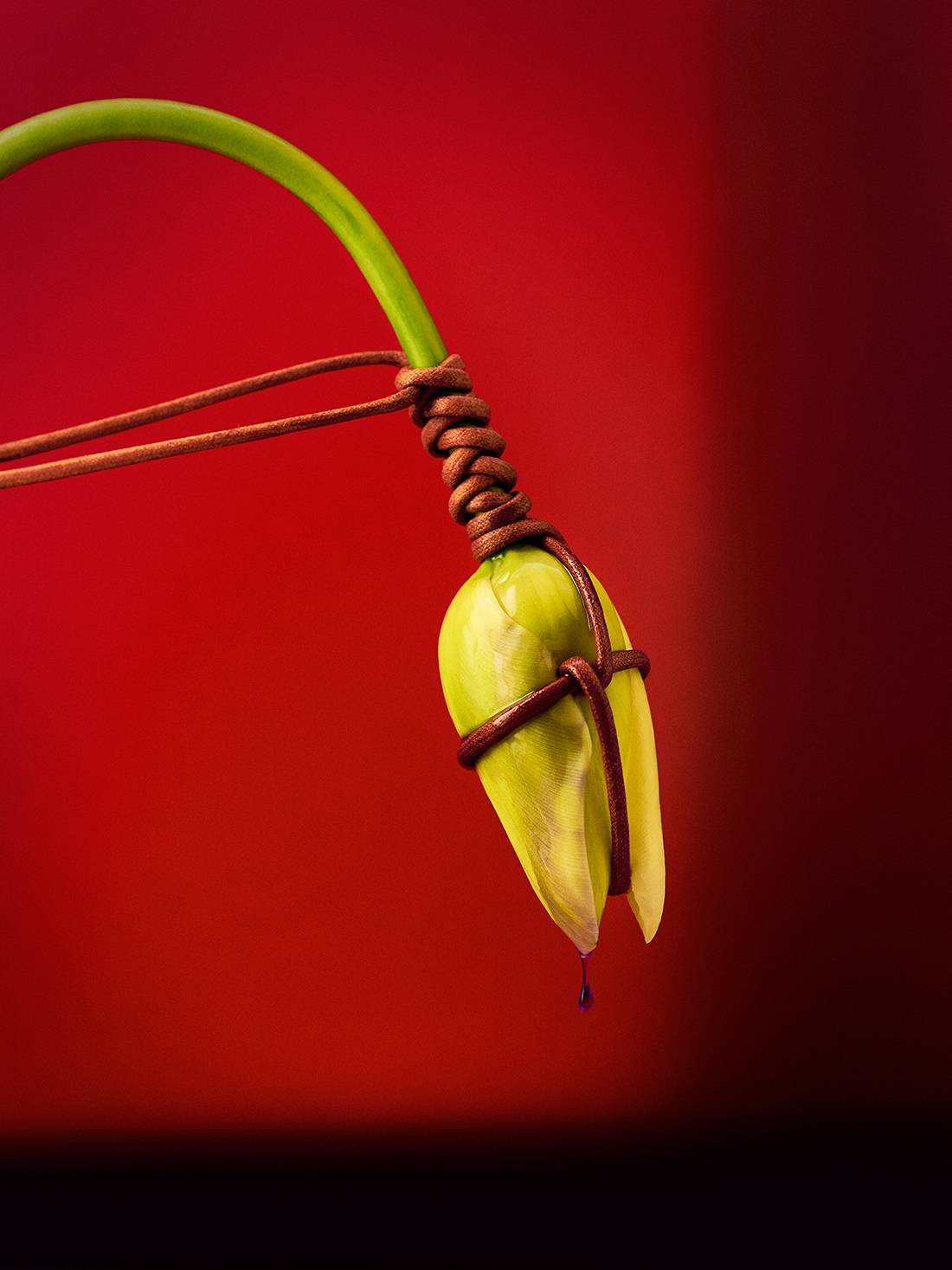 Flowers was created in the beginning of the pandemic. Pucci says, “the lockdown came to get me out of a creativity crisis I was going through at the time.” He was inspired by a Hojō Jutsu manual while being isolated in his residence in Paris. He studied the art of Shibari and performed it on cut flowers: calla lilies, anemones, carnations, proteas, roses and tulips were tied with strings like bent and constricted bodies and then photographed. “Tulip 1:15pm” was the first image created for this ongoing series.

The tied flowers in each photograph resemble human bodies that overflow with sensuality. Bodies controlled in their vital impulses, in their shameless and sexual blooming. At first the knots seem innocent, but the constraints bring eroticism to the photograph that is highlighted further with moisture and fluidity. Behind the simplicity of the title, Flowers is an invitation to reflect on the relationship between beauty and control, between the incarceration of aesthetic ideal and the liberating power of bodily impulse.

Pucci says, "These flowers, these bodies, our bodies, are not passive or defenseless victims, but creatures that explode of passion despite their bonds. Placed between torment and ecstasy, in a ritual game that denies the destructive models of social oppression.”

Leonardo Pucci is an Italian photographer born in Pisa, Tuscany. His photographic grammar is built on an incessant research for a strong sensuality in the composition and a voluptuous but rigorous use of color and light. For over twenty years he’s been in the fashion industry, and is currently at Christian Dior where he oversees the creative areas of product development. He divides his time between Paris and Rome.