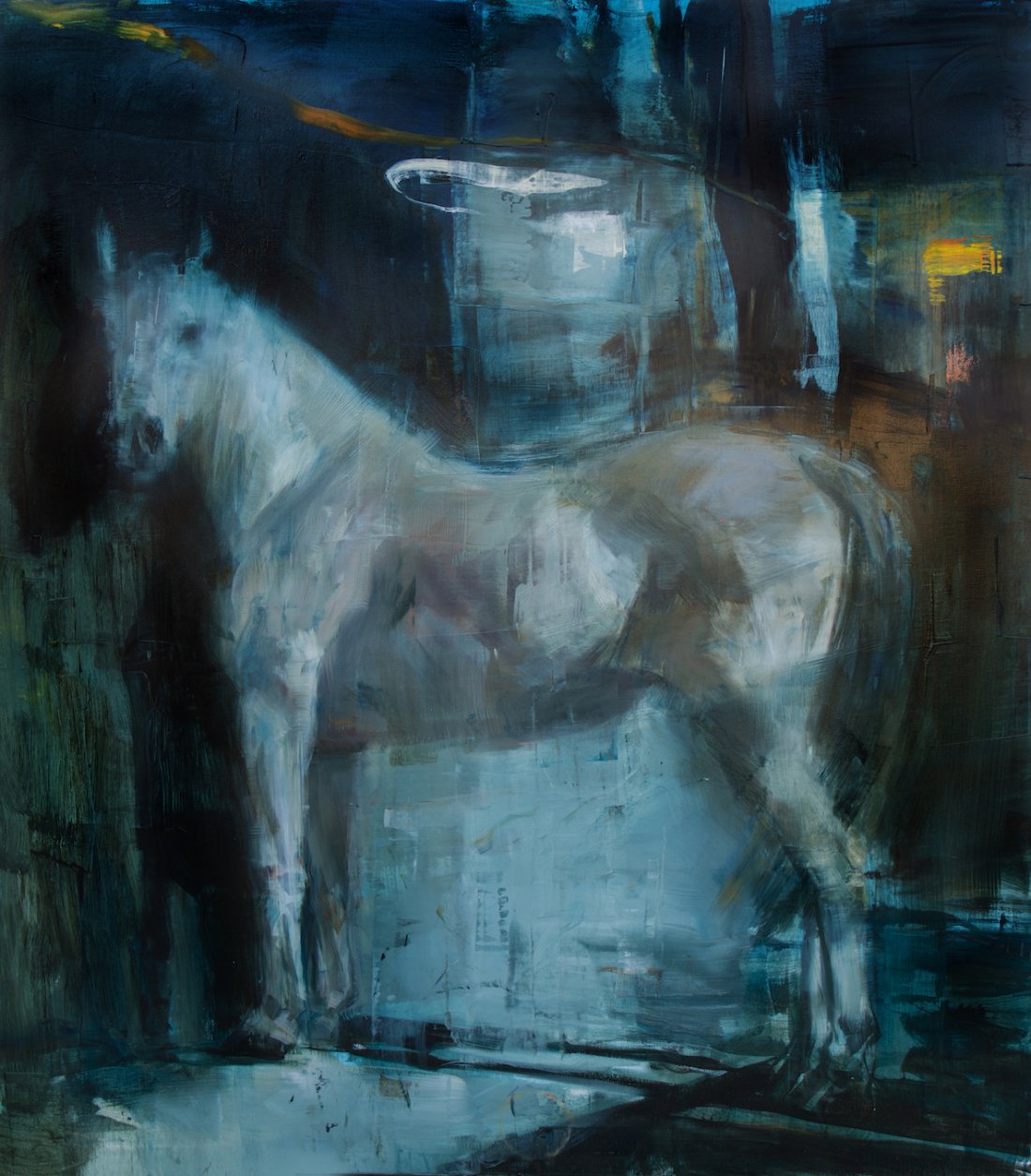 Joseph Adolphe received his MFA at the School of Visual Arts in New York City. He was the 1st place winner of The Figure Now, International Juried Exhibition, at the Fontbonne University in St. Louis, Missouri. He was the keynote speaker at the 2014 International Symposium on Cultural Diplomacy, at the United Nations. His paintings have been featured in over forty exhibitions, both within the U.S. and abroad. He currently lives in New Haven, Connecticut and is a professor of Fine Arts at St. John’s University in New York.

Elizabeth Allison received her BFA from the University of Michigan and moved to New York City where she continued her studies at the Art Students League. She is the recipient of the Raluca Popescu Memorial Scholarship, a Nessa Cohen Grant, three Elizabeth Greenshields Grants and a Chashama Studio Residency. She was a Model to Monument participant and had a sculpture in Riverside Park South. She was a visiting artist at Buffalo State College. Her work has been shown in galleries in Beijing, Italy and across the United States. She is currently a technical instructor at the Art Students League in New York.

François Anton has been painting for over forty years. Since 1975, Anton has exhibited his work in galleries in France, Switzerland and Germany as well as in several prominent art fairs. His paintings capture the mischief of comic strips while remaining decidedly intelligent, witty and skillfully executed pieces of art. He now lives and works in the South of France.

British artist Beth Carter is well-known for her fantastical sculptures in bronze and resin, that unite human and animal forms. Carter’s sculptures, deeply rooted in mythology, are part of a genre the artist describes as “magical realism.” The artist’s unique body of work creates an alternate reality – one that invites the viewer to partake in a journey to a strange, dreamlike world where the lines between man and beast, reality and the subconscious and the possible and impossible are no longer clear.

Jesús Curiá lives and works in Madrid, Spain. He holds a PhD in Fine Art from the Complutense University of Madrid and serves as an art lecturer at the Universidad Francisco de Vitoria in Madrid. Curiá has exhibited internationally for nearly three decades and his works are held in such prestigious collections as Sungsan Art Hall (South Korea), ONCE Typhlological Museum, C.A.M. artistic heritage fund, and U.C.M. artistic heritage fund.

Laurent Dauptain won the first prize at the entrance exam of the École Nationale des Beaux-Arts in Paris, and later went on to study at the École Nationale Supérieure des Arts Décoratifs and the Sorbonne University. Since graduating, he has exhibited constantly and received numerous awards for his work, including the Grand Prix of the Salon des Peintres de l’Armée, the Taylor Prize, and the gold medal of the Salon des Artistes Français. He currently lives in Cachan, near Paris, France.

French artist Fabienne Delacroix is internationally known for her charming and nostalgic depictions of the French country and seaside. While her style is similar to that of her father, celebrated and master of the Naïf style Michel Delacroix, Fabienne has proven herself as an independently unique and talented artist. Her most recent collections include cityscapes and her bucolic French landscapes, for which she is most known. Her paintings are a celebration of the importance of nature and the pastoral countryside. The importance of the purity and peacefulness of nature are the key pieces to her enchanting paintings.

Philippe Herman Dequesne was trained as an architect at the Institut St-Luc in Belgium. Afterwards, he studied under the painter Rémy Aron at the Ateliers Beaux-Arts in Paris. In 1999, he began teaching drawing at the Ecole Supérieure des Arts et Techniques in Paris. He has been exhibiting his work in France and Belgium since 1995 and in private collections worldwide. He now lives and works in Paris, France.

Ġoxwa began painting at a very young age and enrolled at the Saint Martin School of Art. Years later, she moved to Boston where she attended Emerson College for film studies. In 1993 she was awarded a fellowship at the Cité Internationale des Arts in Paris. Her encaustic works on canvas defy categorization. Although she draws inspiration from ancient frescos, her paintings have a very contemporary feel. Ġoxwa currently resides in Paris and her exhibitions continue to draw crowds of admirers and collectors worldwide.

Albert Hadjiganev studied photography in Sofia, Bulgaria and was influenced by the work of his painter father and his sculptor brother. As a minimalist, Hadjiganev captures the simple moments of daily life with only a few elements. With perfect technique and deep sensitivity, he freely transfigures reality to create a mysterious environment filled with grace. The sparkling vistas of his landscapes spark feelings of longing and peace in the viewer. His photographic training is also evident in the composition of his interior works. He leads viewers into his paintings, often through a geometric shape- a window, a door, a table or the frame of a picture are all openings that capture a still moment within a limited visual frame while opening up a new perspective to the viewer.

Philippe Charles Jacquet was trained as an architect at the Ecole Nationale Supérieure des Arts Décoratifs. After pursuing his career in architecture, he decided to dedicate himself solely to painting and has been doing so for six years. He has exhibited in solo and group shows throughout France and the United States, and he won first prize at the Plastic Arts Exhibition at Melun. He currently lives in Paris, France.

Patrick Pietropoli was a teacher of political studies for several years before becoming a professional artist. Trained as both a painter and a sculptor, his oil paintings have both an antique feel and a very contemporary freeness. Drawing inspiration from the style of old masters such as Titian and Velasquez, Pietropoli creates grand figural compositions and cityscapes. He has been exhibiting throughout the United States and Europe in solo and group shows as well as international art fairs. He currently resides in Miami, Florida.