Hue's of Freedom Exhibition at the Lockwood-Matthews Mansion Museum 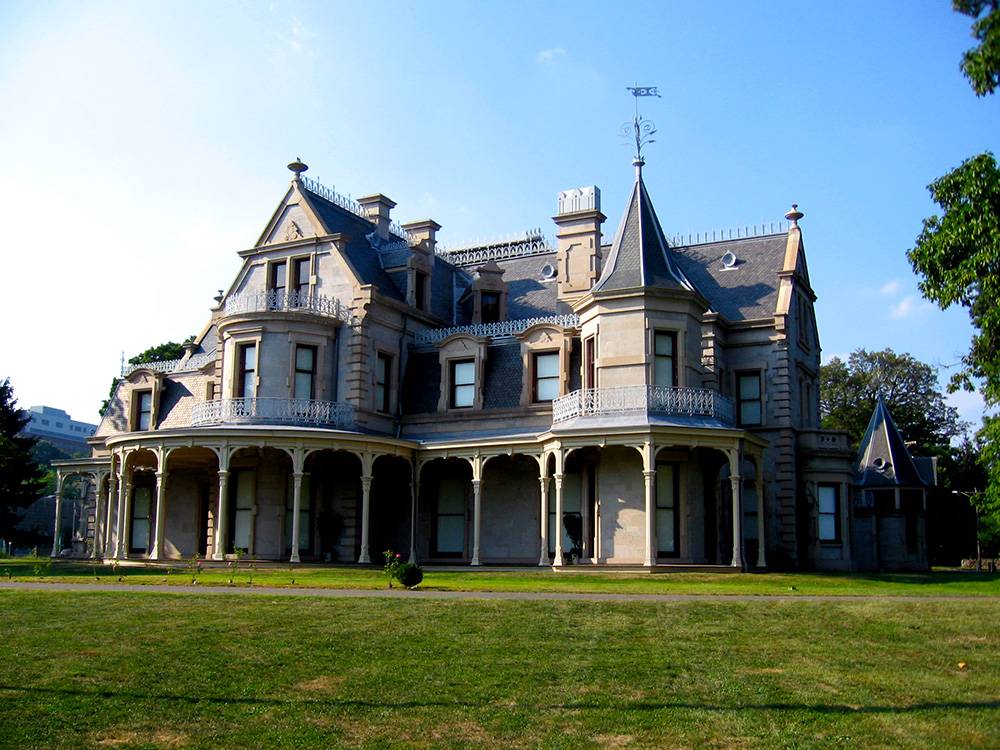 Artist Allan Linder is exhibiting at the Lockwood-Matthews Mansion Museum

Join us for an exhibition

The Lockwood-Mathews Mansion Museum is regarded as one of the earliest and most significant Second Empire Style country houses in the United States. Built by renowned financier and railroad tycoon LeGrand Lockwood from 1864-1868, the Mansion, with its unparalleled architecture and interiors, illustrates magnificently the beauty and splendor of the Victorian Era. The exhibition will be displayed in the Billiards Room at the Lockwood-Mathews Mansion Museum. An opening reception will be held on Thursday, October 27 for artists, their guests, and the public. As the word freedom can be subject to diverse interpretations, this exhibition will explore how artists depict the concept in their work, filtered through their creative process and drawn from their unique visualization of this multi-faceted concern be it in life, art, or history. Linder is exhibiting a new series of paintings for Hues of Freedom.

Allan Linder is a prolific, award-winning artist with more than thirty years of experience producing a wide range of artwork using multiple mediums and subject matter. His painting titled “Getting There” received critical acclaim when a news story about the accompanying NFT went viral. Linder has ten exhibitions this year including the Bendheim Art Gallery in Greenwich, CT. He has launched many NFT crypto art collections on Mint Gold Dust, Known Origin, and Foundation. His 2007 art book titled 20th Century and Beyond was re-launched this year.

Allan Linder (1966, California, United States) Began exhibiting his work at the Installations one art gallery in Los Angeles during the 80s. After receiving success with a series of paintings titled “Freedom”, an expose on the fall of the Berlin Wall, and an article in the LA Times, Linder continued to pursue his art career in New York City, when he moved there in 2000.

While living in NYC, Linder exhibited at the Artists’ Gallery in Chelsea which opened many doors to international collectors. He has enjoyed exhibiting work alongside the American abstract expressionist painter Robert Goodnough and many others. He has exhibited internationally in Brazil, Germany, France, Spain, and Italy. His work is held in private collections throughout the U.S. and internationally. His work is in permanent collections of the Elmira Museum of Art, NY, and The Rochester Contemporary Art Center, NY.

After receiving several awards for his paintings during juried group exhibitions, Linder was interviewed by JAV art and Al-Tiba9 International Art Magazines. His work will be exhibited in many group shows including work at the Swiss Art Fair in Zürich and the CICA Art Museum in Seoul, South Korea later this year.

Allan Linder fabricates paintings, drawings, digital artwork, mixed media artworks, and sculptures, using a variety of materials and substrates. His recent work Cityscapes are a collection of hand-painted artworks scanned at high resolution and digitally painted. The resulting artwork is a merger of traditional art with digital paint, printed as a giclée on canvas. Then he adds additional acrylic layers again, giving depth and color to the original image. This systematic process of enhanced prints was created by the artist over many years.

Other events from Allan Linder