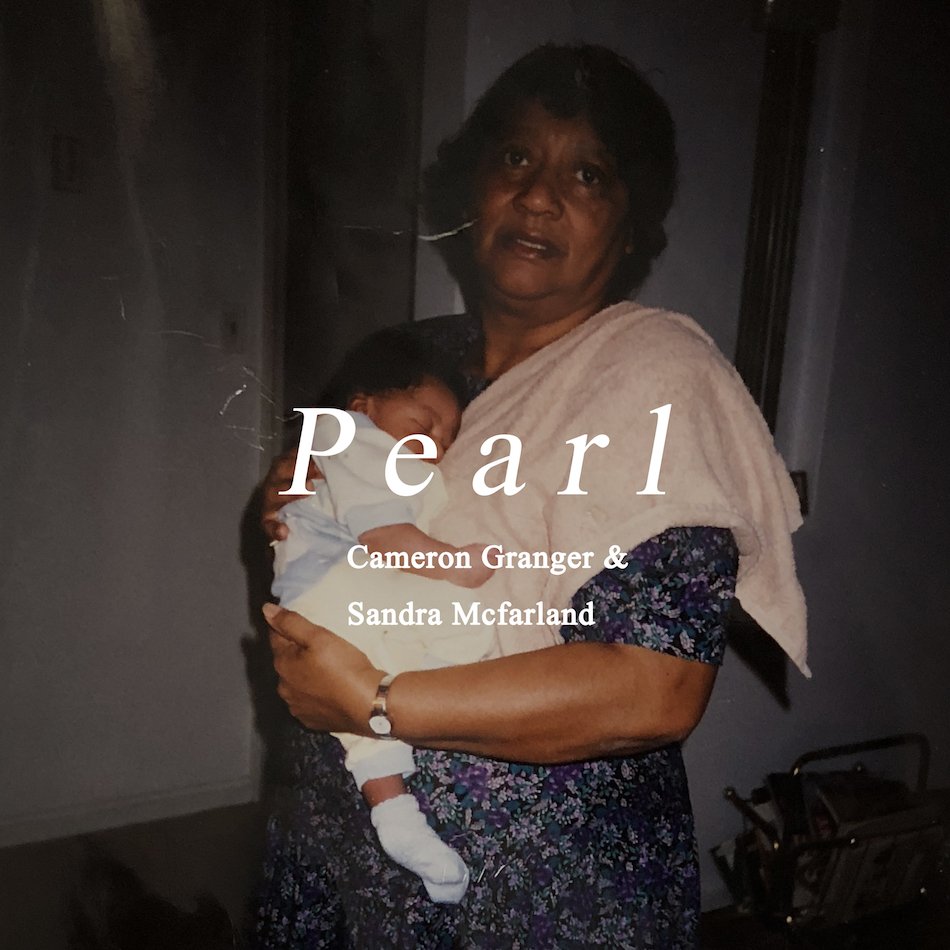 I’ve only dreamed about my Father on two occasions.

The first was after I moved out of my Mother’s house.

The second was the night after my Grandma’s funeral.

“Pearl” is an exhibition of works made alongside my Mother, Sandra. When my Father left it was a band of women that raised me in spite of him. They were my light, while memories of him, and those dreams too, stood as the shadow beneath my feet, stretching out from under the sun to grip at my neck.

Dedicated to my Grandma, Pearl, this work we’ve made is an effort to focus less on the man that didn’t raise me, and celebrate instead, the women that did. The exhibition features new lens, text and installation based works all resulting from my mother and I’s exploration of our relationship as affected by the absence of other relationships. Namely my Father, and most recently, my Grandma.

Cameron Granger is an award winning video artist currently based in Columbus, Ohio. Born & raised in Cleveland, OH, Cameron grew up with his mother, Sandra, from whom he inherited an intense love of soul music, and a tendency for apologizing too much. He uses his work as a vehicle to explore his place both in, and as a product of American History and its media. Cameron is an acting member of MINT, a Columbus based art collective and project/gallery space, and a 2017 resident of the Skowhegan School of Painting & Sculpture. His most recent projects include “Ten Toes Down” a curated screening at the Museum of Contemporary Photography in Chicago, and “Three Times In A Row” at Beverly’s NYC.

Other events from CTRL + SHFT Collective