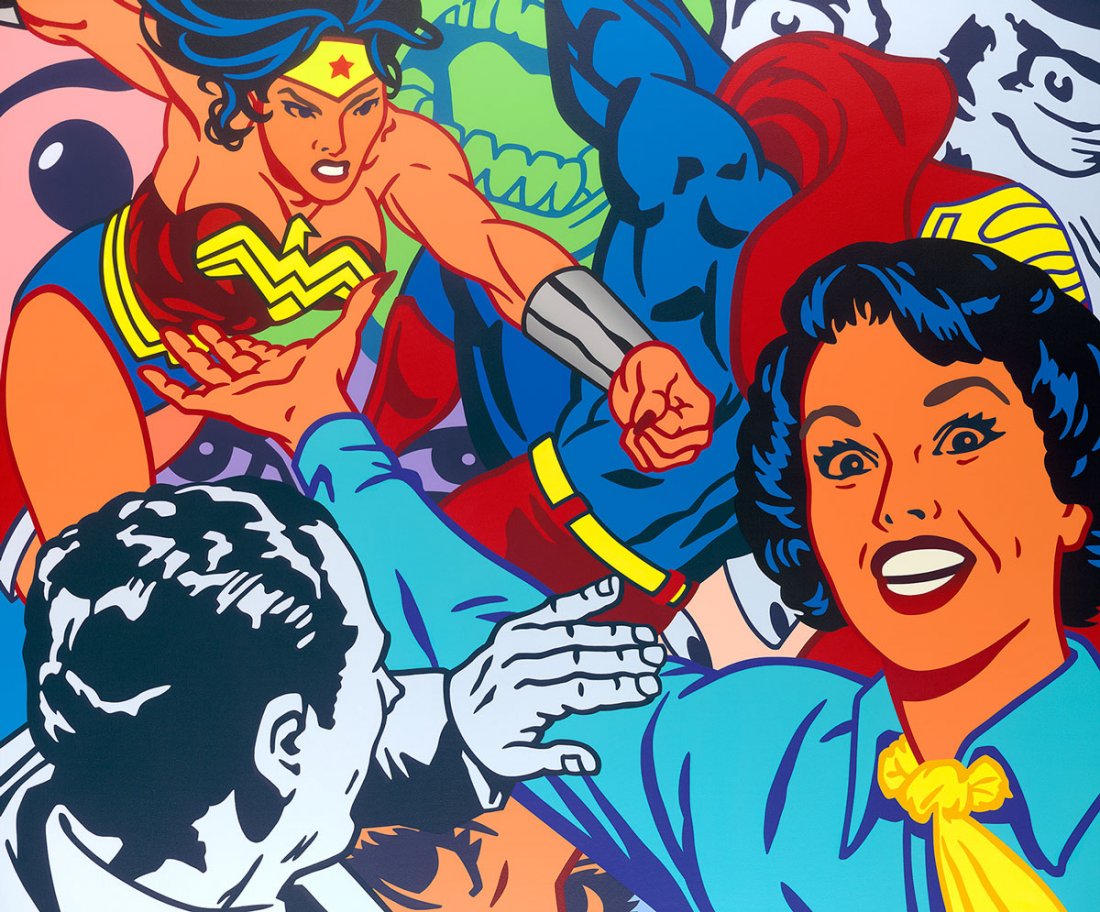 Kevin T. Kelly's paintings are a wry, complex admixture of sardonic social commentary, the six o'clock news and the Sunday funnies. His work is infused with a postmodern sensibility and contemporaneous subject matter. Allowing for the open-ended lines of query and interpretation without the burdensme weight of didactic pretense. Kelly's paintings have appeared on the cover of New American Paitingings in 2000 and 2003 and are featured in the numerous public and privagte collections in the United States and abroad, including Britling S.A., The Kinsey Institute, Proctor and Gamble and most recently a collaboration with Robert Graham.

Six corporations own ninety percent of the media in the United States. Empty suit pundits and newcasters spoon-feed the public a steady of corporate pabulum, fear porn, and agitprop in a never-ending news cylce. Kelly's paitnings manifest this chaos and tension that reflects our social and political enviroment. In a relentless barrage of social engineering agenda designed to keep the masses divided, they continually blur the lines of reality. It's the age-old tactic of divde and conquer and this the most divided our country has been since the 1960's. In an Information War, the first casuality is always the truth.