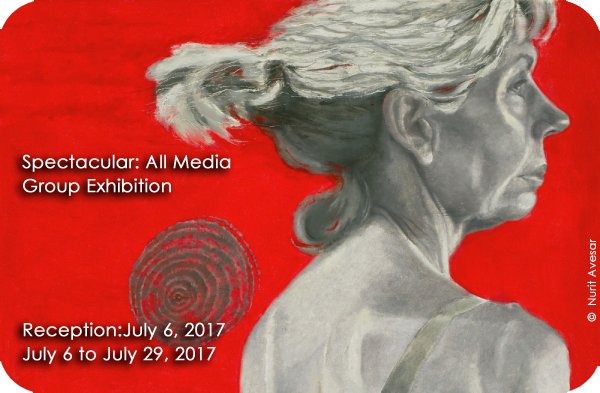 Striking, picturesque, eye-catching, breathtaking, arresting, and glorious; these are just some of the words viewers are sure to use when viewing this exhibition. This July, Las Laguna Gallery is pleased to present Spectacular: An All Media Art Exhibition.

The submission process and competition for the artists began in November 2016 and concluded on June 12, 2017.  There was no theme for this art competition and the gallery accepted art which was abstract or representative in form for possible selection for this art exhibition. This show is all media and open themed.

We received 206 entries from 10 different countries from around the world, including Australia, Canada, Italy, Japan, New Zealand, Norway, Russia, South Africa, Spain, and the United Kingdom. In addition to international submissions, the gallery received entries from 32 different states.

From the entries, the gallery selected 25 works from 16 different artists.  The works selected are sure to be labeled diverse, engaging and spectacular.

Lisa Clarkes’ mixed media sculptures draw a view into a unique and otherworldly. At a glance the works may appear dark, but upon closer examination they reveal twisted humor, an element of irreverence, and novel interpretations of familiar characters.

Troy Bunchs’ works are best described as imaginative surrealism, and they depict women juxtaposed with images from nature and dreams. His works are interesting, thought-provoking, and beautiful.

Award winning Michigan artist Kenneth Hershenson has a unique style with his “I DO Know Jack! Series.  The first five paintings of the series were in the final Top 25 Public Vote (out of nearly 1,000 entries in the 2D Category) in ArtPrize 2015, the largest international art competition and exhibition. Hershenson employs the twin disciplines of realism and illustration using acrylic and the results are jaw dropping.

Las Laguna Gallery is located on Pacific Coast Highway in Laguna Village. Laguna Village is an artist alcove situated on the cliff overlooking the Pacific Ocean. This location is a must stop location with artist galleries, and jewelry shops. Our location features a restaurant, bar, and there is live music in the fire-side theater Tuesday thru Saturday.