Out of Storage and into the Light: Sculptures That Tell Stories 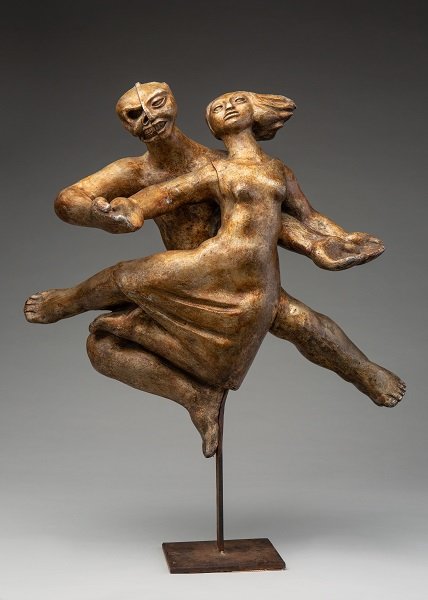 This is the first exhibition organized by the Santa Barbara Museum of Art devoted exclusively to the specific artistic medium of sculpture. The presentation features over 50 objects from the permanent collection, many of which have yet to be exhibited. The selected works of art reveal the impressive historical and geographical breadth of the permanent collection, including Pre-Columbian, Ancient Egyptian, Ancient Greek & Roman, 11th- to 17th-century Southeast Asian, Ancient to 13th-century Chinese, 19th-century African, and 19th- to 21st-century French, English, and American sculpture. An unorthodox juxtaposition of works from such a diverse array of cultures allows for a more global interpretive approach to these works of art. Because the installation is organized thematically (Dance and Music; The Human-Animal; Flight; The Head; The Body), rather than by culture or time period, the unexpected visual proximity of such an eclectic variety of art provokes unexpected trains of thought. This show is guest curated by Gülru Cakmak, Associate Professor of 19th-century European Art at the University of Massachusetts Amherst, at the invitation of Deputy Director and Chief Curator Eik Kahng.