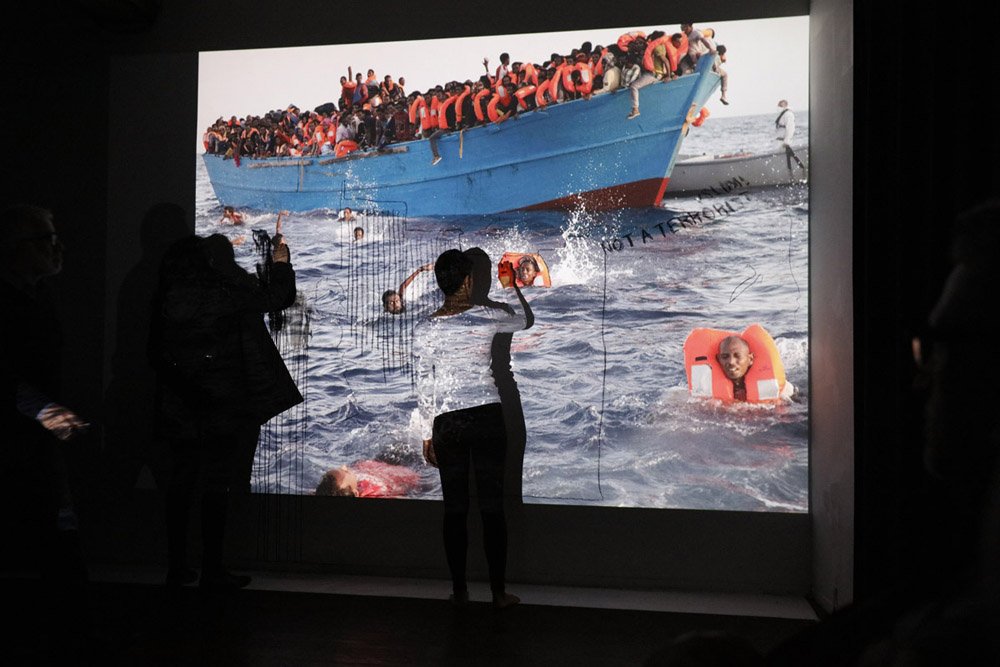 CTRL+SHFT Collective is pleased to present The story of the tracings of all the persons before us and after them, a performance by Sa’dia Rehman.

Actively ruminating the viral visuals of the xenophobia swirling around us—the Muslim ban, anti-immigration laws, anti-indigenous and anti-black racism— multidisciplinary artist, Sa’dia Rehman’s collects these images into a carefully paced performance titled The story of the tracings of all the persons before us and after them. The one-hour performance stems from the artist’s drawing practice using black and white materials directly on the wall. In her practice, Rehman obsessively pulls apart and puts together “images of consumption”— family photographs, mass media and art historical images.

Other events from CTRL + SHFT Collective