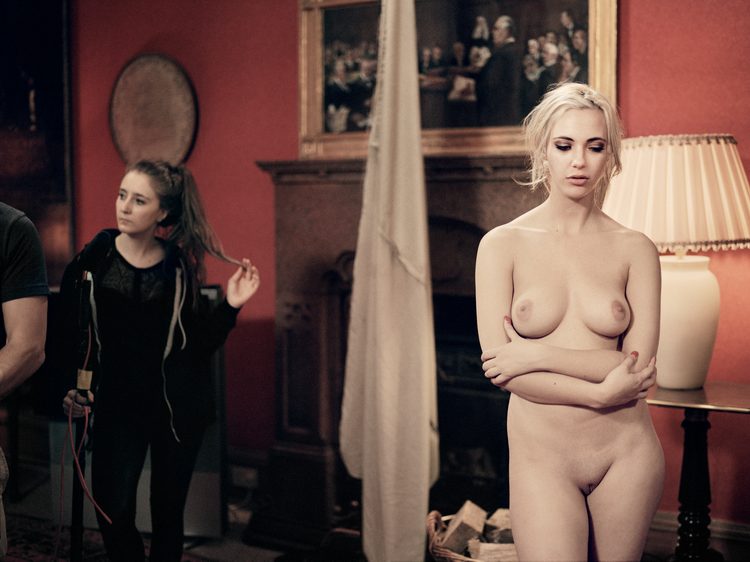 1. Tell us a bit about your upbringing in the French Alps. Was it there that you first picked up a camera ?

I was raised in a tiny village right at the base of the Alps. Growing up, art was not something I was exposed to: both of my parents were pilots and the Internet, as we know it today, did not exist at the time. However my dad was a keen photographer, which influenced my interest in creativity. I spent a lot of my time drawing and I had a point and shoot camera in my hand constantly.

When it came to deciding what to study, as much as I loved art, it didn’t seem right to go to art school. I was not sure what I wanted to do, so I went to business school instead because it felt like the “responsible” thing to do. Shortly after graduation, I went into advertising and became an account manager for some of the top agencies in Europe.

Advertising was great in the beginning. It seemed to partly fulfill me creatively. Over the years, the work evolved, the industry changed, and projects became more global and political, and less creative. The last job I worked on included launching a huge, 97-country campaign for a global account. A work that was not a bit creative. This was far from why I had started working in the business, so I kind of had a nervous breakdown!

" When you work hard on something you love, it doesn’t matter how much you work; when every single thing you do makes you say, “Ugh, I hate this,” it starts to wear on you. I realized at that point that I needed a big change. That’s when I decided to become a full time photographer."

I like to say that on the 6th January 2010, I became a photographer. Because that’s what happened! From that day onwards, I decided that when people would ask me what I do, I would say, “I am a photographer” even though at the beginning it was not entirely true. But I thought I just had to believe it myself first for people to believe in me.

2. How important is travel to your practice of photography? Do you have a certain destination that particularly fed you with creative inspiration ?

" Travelling is key to my well-being. I have realized I cannot stay more than 3 weeks in the same country before I go crazy. I need to travel and meet people to keep being inspired. "

I currently live between Amsterdam and London. The constant change of city really helps me with inspiration. London is where I feel the most excited, and then I go back to Amsterdam to put all the pieces together and edit my work.

As places to shoot, I would say Cape Verde has been a destination I am always drawn to. I have been going there for the past 12 years to an island called Sal. A vast majority of my portfolio has been shot there. I just love the people, the light…it really inspires me! Every single series I shot there is completely different from the other. There are so many things to shoot. That’s what I love about the island.

3. Is there any place in the world still at the top of your to-do list ?

Japan! I’ve never been and I am really dying to go.

I am trying to exhibit “Its Just Love” there during the beginning of next year. It’s hard as it is so remote and a very different culture but hopefully it can work out. Wish me luck!

4. Let’s talk about your “It’s Just Love” series where you captured segments from the pornography industry. What was the aim of this project ?

I used medium format analogue film to catch those unguarded and most human of moments. An interaction between a number of like-minded people; a means to making a living and an enjoyable profession just like any other.

5. What was the most interesting response you received from your viewers ?

“Its Just Love” was my first solo exhibition. As my curator pointed our, most people start their first solo show with a few images in a white space. I did the opposite! The exhibition was an experience with set design, moving image, a curated playlist, sound, quotes from the actors….

One viewer wrote on the book:

That’s a good way of summarizing what I wanted him to experience.

6. If you had to pick only one of your projects, which one would be your favourite to date and why ?

“Its Just Love” is the project I am the most proud of.

It’s been a great success: we’ve had articles all over the world (even last week in Korea) in very respected publications. I couldn’t be happier about the success.

The objective now is for it to tour around the world. (Japan first, then other cities).

7. What was the most challenging commissioned project you have ever done and which one was the most successful in your eyes ?

I would say shooting the Adidas campaign created to launch Adidas MiCoach Personal Trainer is probably the most challenging project I have shot so far.

I usually don’t retouch my images heavily (mostly color balance) so it was unusual and exciting for me to work so much on an image alongside with the retoucher. I had managed to learn a lot technically as I can say no-one had a clue on how to create this series of images at first! It was a big challenge.

So I’m really proud of this campaign as I love the final images. Also I love the fact that they feel so different from the rest of my work.

So to answer to your second question, more than a singular campaign, I would say, that I am proud of the body of work I have created whilst shooting commissioned work. For me the campaign I shot for Rolex or Stella Artois or HSBC does not feel different from my personal work. Those are still very much my DNA: images drenched with natural light, intimacy and beauty. Filled with movement and energy with a cinematic feel, each stills containing a story.

8. What are some of your sources of inspiration ?

Travelling and meeting new people. Trying to be open to the world and surrounding myself with like-minded people.

9. What are you currently working on ?

I am always working on new personal series. For the last one, I spent a week hanging out with 5 basketball players in an Airbnb in Harlem, NYC.

Some of the images were released as a preview on WeTransfer this summer.

" I love immersing myself creatively in worlds I knows nothing about and work out how to earn the trust of my subjects. I feel like being a chameleon, adapting to my surroundings. This is what I love doing the most. "

It’s quite therapeutic in a way because you forget about your own world and see things very differently. The more remote it is from me, the more pleasure I take; and the better I am at capturing the beauty in what I see.

What’s next? A new series where I can immerse myself again in a world I know nothing about and try to capture the beauty in it. I’m still defining the idea as we speak.