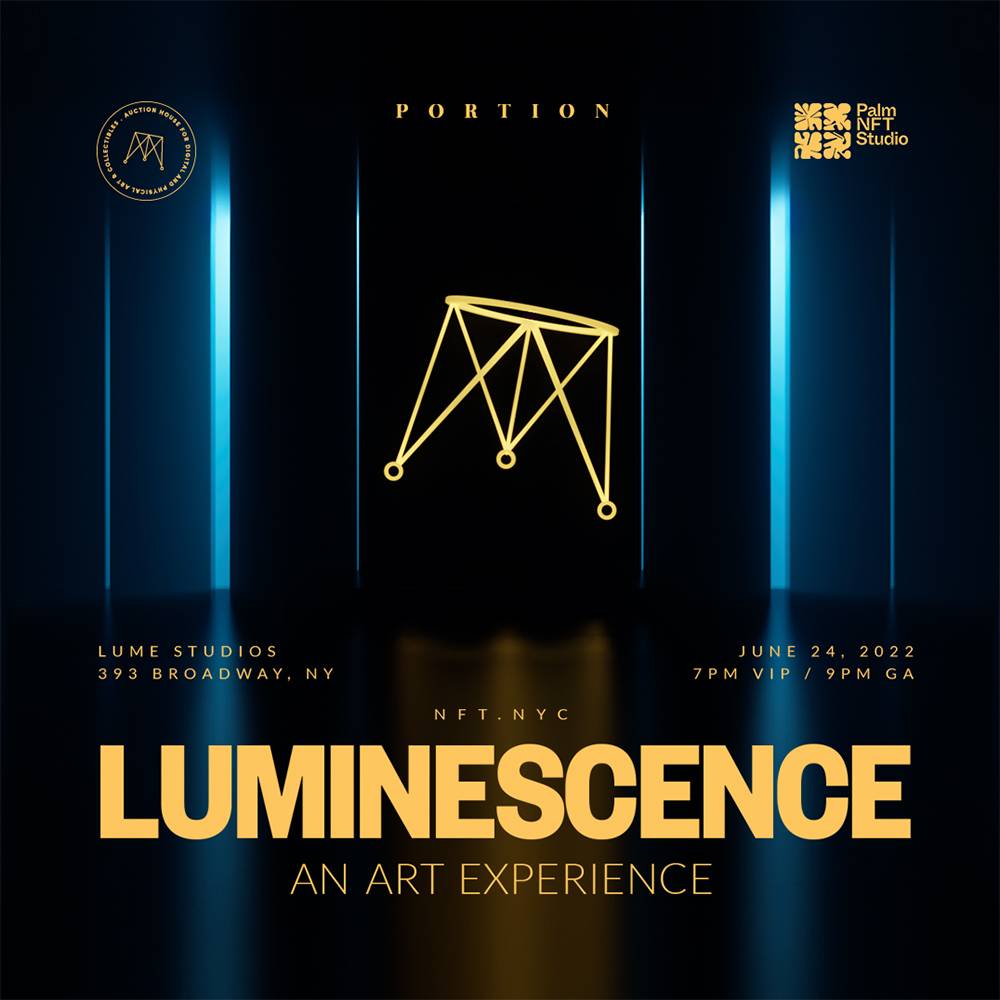 For NFT NYC 2022, Portion and Palm NFT Studio will be hosting an audiovisual art experience at LUME Studios on Friday, June 24 at 9PM.

Pushing the boundaries for what a digitally immersive experience entails, we’ve curated a collection of artists who have created exclusive works that explore new ways of thinking about physical experiences directly connected to digital art. We want the audience to fully experience the art, and to feel like they are a part of it.

Features 24 exhibiting artists, an evening full of live music and performances, an open bar, and many more surprises...

Buy a ticket, take the ride.

Allan Linder is an award-winning New York artist known for his dynamic range and style across multiple mediums throughout the art world, including painting, comic books, animation, television, and character design.

Painting is a way of life for this artist, his strength is painting and his passion is painting. In the 1980s Linder was immersed in the art scene and growing rave scene in Los Angeles. He spent much of his time hanging out with local emerging artists, established artists, celebrities, writers, and poets during art receptions and parties. They exchanged ideas and techniques as they developed their social and artistic skills which led him to create some very interesting works.

In addition to painting and sculpting, Linder enjoyed spinning records at many nightclubs and parties and exploring music and the club culture. Although his painting style is mostly realism, Linder experimented with a variety of painting styles and artistic movements through the years. Neo-expressionism, Pop art, Art deco style, and Abstraction are just some of the works he created. His inspiration came from the New York artists; Andy Warhol, Jean-Michel Basquiat, and Robert Rauschenberg, and the Los Angeles artists; Patrick Nagel, Lari Pittman, Kenny Scharf, as well as many others.