Moods in a Room by Catherine Balet 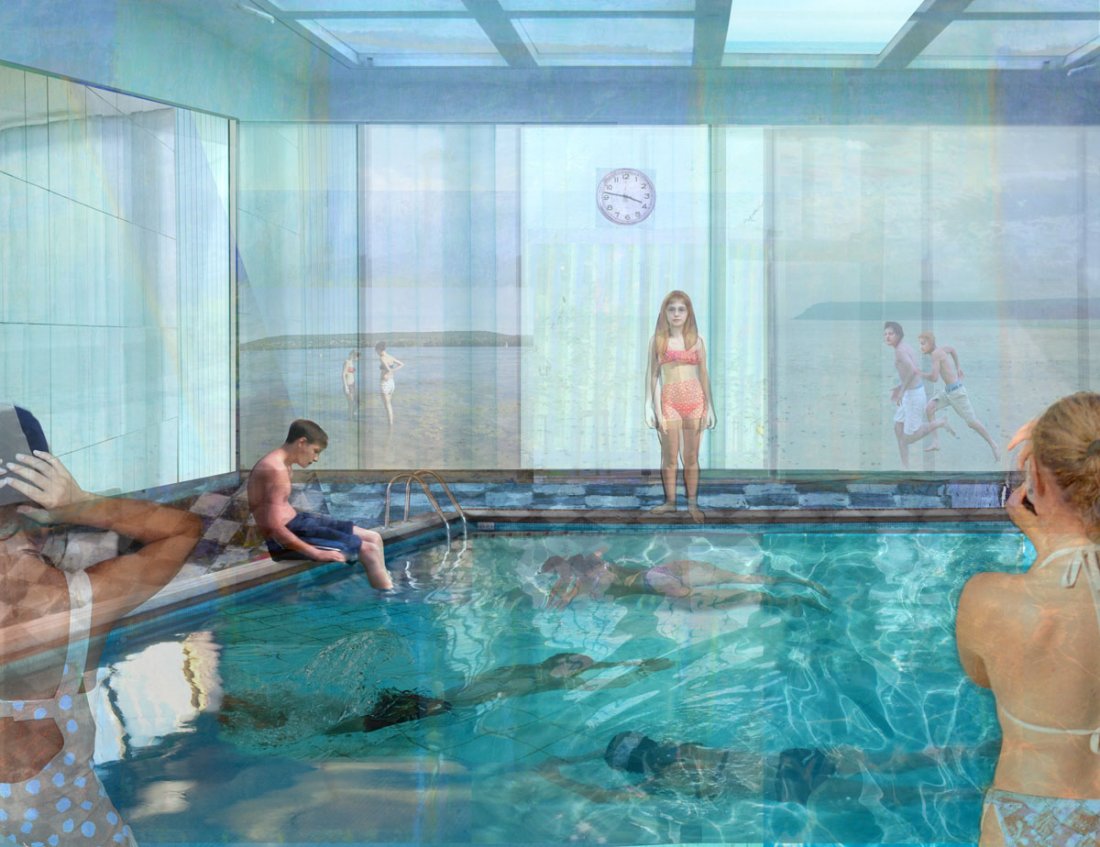 Catherine Balet does it again! After the success of her last series “Looking for the Masters in Ricardo’s Golden Shoes” in which she revisited the history of Photography, the artist creates once more never before seen compositions, through a series she has been working on for nearly twenty years.

Playing with transparencies and surrealist collages, Catherine Balet's new series “Moods in a Room” plays with virtual reality by mixing pictorial textures and digital photographic elements. She superimposes them in multiple layers, giving a material feel to the unreal and a virtuality to her material images! The resulting compositions reveal the various states of consciousness of the artist, and illustrate her commitment to endlessly explore the dualities between content and absence, space and surface.

The technique the artist adopted, using layers of images, allows her to create photographs that play on many levels and whose transparency shapes the depth of the pictorial space. The underside (made with a digitized version of her own paintings) exists as much as the top layer and reveals a matter usually unknown in photography. The mat colored surfaces blend with the brighter areas of the photograph. Besides, the images in the series reveal, through the superimposition of layers of different architectures, a fantasy urban space where cold and warmth coexist. A fictitious setting where strange and familiar stories are played, animated by more or less ghostly characters.

Fannie Escoulen, curator of the exhibition at the Galerie Thierry Bigaignon, adds: “No longer a painter but far from a classical photographic practice, Catherine Balet reveals an introspective work made up of a multitude of layers, like a palimpsest, drawing references to the great movements of painting from her unconscious nourished by the history of art. By deliberately freeing herself from it, she depicts in these picture-paintings some kind of hallucinatory closed doors scenes from which her characters do not seem to be able to escape.”

Graduate of the Ecole des Beaux-Arts de Paris, Catherine Balet began her artistic career as a painter before moving to photography in the early 2000s. Her photographic work then took on a sociological dimension. Her series of portraits of teenagers "Identity" and her series "Strangers in the Light" anchored her work in a contemporary reality. From 2013 to 2016, Catherine Balet worked on her series "Looking for the Masters in Ricardo's Golden Shoes" in which she paid a vibrant tribute to the masters of photography. From Nadar to contemporary trends, through Man Ray and Martin Parr, she has captured the history of photography, and looked for ways to reflect on its future. With her series "Moods in a Room", Catherine Balet continues her experimentation by reinvesting the technical transformations of the photographic medium and wonders about the border that separates painting from photography.