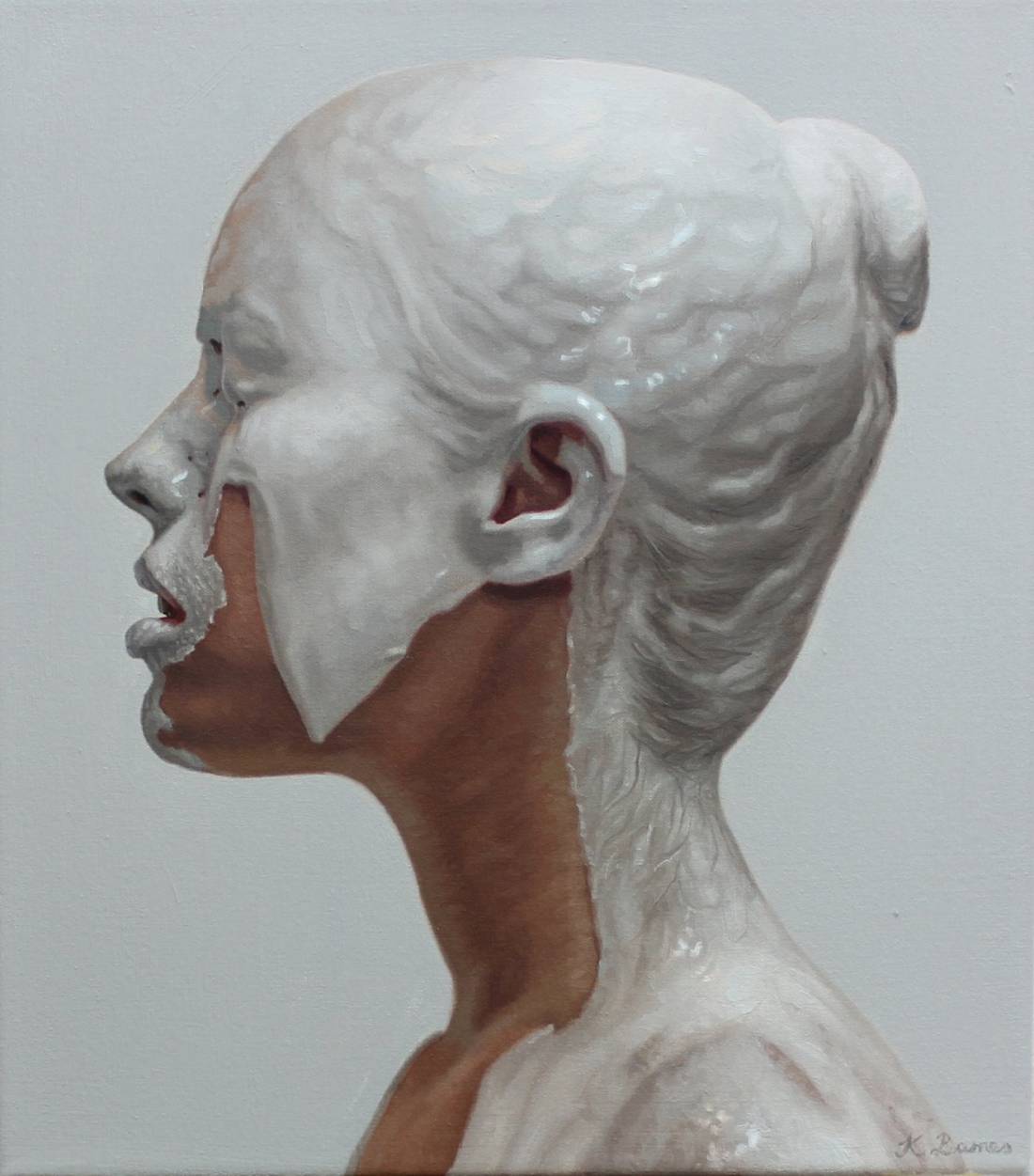 Kyle Barnes paints portrait busts of a young woman whose head and shoulders have been coated in a creamy, viscous liquid, as if she has been dipped into a slick of some anointing oil. These images suggest the moment of a baptismal immersion. The resultant glistening carapace is a protective second skin that is both transformative and revealing. It defines and enhances the characteristics of the person it encloses.

Painted in a carefully-rendered representational manner, the materiality of the coatings is sumptuously expressed and recorded. The smooth flow and wandering contour of its topography acts as a feature-hugging landscape laid over the familiar anatomy of the human head. Some paintings have the subject in a cowl of white fluidity, others in an iridescent black that is reminiscent of crude oil. These different treatments allow a variety of interpretations. We are invited to discover a range of dramatic roles and moods, some serene and others more tempestuous and possibly vengeful. One could make comparison with the antique heads of classical goddesses, whose features move from benign to terrifying as the changing light shifts across their subtle form.

The implication of some of these applications is that they dry to form a delicate shell. We see images where it is cracked and the skin beneath is revealed. The identity of the model is hatched out of the protective process. The subject appears to be reborn, ready to slough off a discarded skin and with it the unwanted and defunct accretions of an earlier incarnation.

Barnes’ startling paintings are demonstrations of technical accomplishment and a subtle response to skin, surface and texture. His forensic attention to detail and a meticulous concern for representational actuality are marshalled to make compositions of ethereal, suspended beauty, something the artist identifies as an essential component of his practice.