The REBEL Exhibition - A Group Show Presented by The Untitled Space 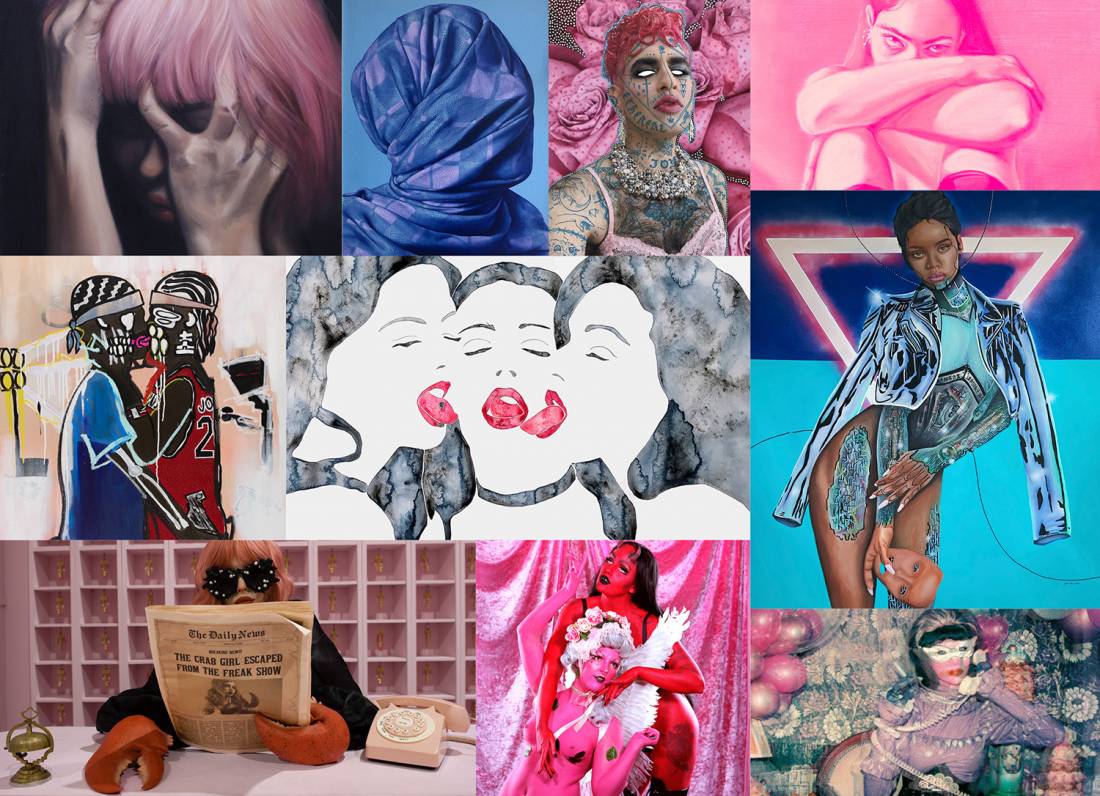 The Untitled Space is pleased to present The “REBEL” Exhibition, a group show presented in collaboration with The Untitled Magazine's 10th Anniversary "REBEL Issue,” opening on September 29th and on view through October 27th, 2022. Curated by Editor-in-Chief and gallery founder Indira Cesarine, The “REBEL” Exhibition celebrates art activists and creative game changers that are inspiring positive change and progression with their artwork. The “REBEL” Exhibition will display the work of over 30 international contemporary artists who, through photography, painting, sculpture, drawing, digital art, fiber art, and mixed media, give their original, boundary-pushing takes on what it means to be a rebel in our contemporary world. Each artist is additionally featured in The Untitled Magazine’s “REBEL” collector’s print edition, which is distributed internationally to over 30 countries.

The “REBEL” Exhibition brings together artists from all corners of the world that challenge the status quo, fearlessly presenting with their works an activism that speaks to the issues we collectively face in our complex society. The exhibition features a number of performance-based photographers including Parker Day, Kat Toronto aka Miss Meatface, Jasmine De Silva, and Giulia Grillo aka Petite Doll, whose work holds a mirror to contemporary society and its underlying fears and desires, while addressing themes of dominance/submission, society’s objectification of women, beauty standards, and perfection. Painters including Josh Universe, Bartosz Beda, Alayna Coverly, and Elena Chestnykh explore themes of intimacy, human emotions, and conflict using their own oil on canvas techniques with striking emotive strokes. Fiber artists Cara De Angelis and Katie Commodore embrace the world of erotica through their nuanced threaded textiles, while Linda Friedman Schmidt juxtaposes found objects and photographs with discarded clothing to create sustainable narrative portraiture.

Acclaimed musician and photographer Nick Rhodes of Duran Duran collaborated with model Lottie Moss on an intimate series of portraits channeling the ultimate rebel Marilyn Monroe, while the controversial socialite Anna Delvey created a unique graphite on paper titled “No Regrets” from behind bars exclusively for “The REBEL Issue” and exhibition.

“Over the last six months, I have been researching the most unique, controversial, and talked-about living rebels. The Untitled Space gallery presented a global open call for artists to share work that engages themes of rebellion. I personally reviewed thousands of artworks in search of the most compelling narratives that were relevant to the theme. I invited a number of artists that we have previously worked with whose art speaks the language of protest and progression. The “REBEL” Exhibition shares the work of these artists who not only take risks, but who stand up against oppressive forces, challenging the status quo. The exhibition celebrates true, unbridled authenticity and artists who have had the courage to follow their own path despite any obstacles.” - Curator Indira Cesarine

ABOUT THE UNTITLED SPACE
https://untitledspace.com

The Untitled Space is an art gallery located in Tribeca, New York in a landmark building on Lispenard Street. Founded in 2015 by artist Indira Cesarine, the gallery features an ongoing curation of exhibits of emerging and established contemporary artists exploring conceptual framework and boundary-pushing ideology through mediums of painting, sculpture, printmaking, photography, video and performance art. The gallery is committing to exploring new ideas vis-à-vis traditional and new mediums and highlights a program of women in art.