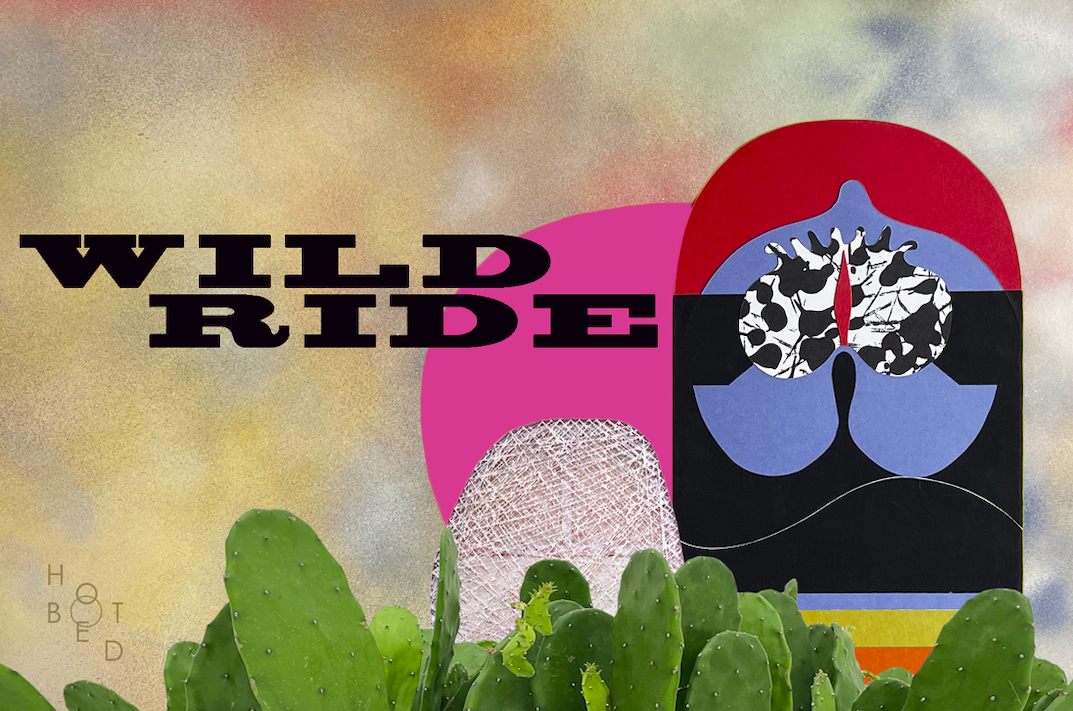 HOT•BED is pleased to present Wild Ride, a two-person show featuring works by: Brooklyn-based Tom McFarland and the estate of Carmine DeVivi.

Two artists–one living, one deceased–weave their way from the East Coast to New Mexico and back again with works that explore how line and texture, time and place influence the creative process. Living in the Southwestern United States influenced–although during different times and at opposite ends of their lives–how both artists explore their mediums. Like the desert landscape, McFarland and DeVivi’s marks are carefully placed, offering a meditation on the presence (or absence) of color and form.

All of the works in the show are energized by what the artists have subjected themselves to––McFarland’s work quite literally, as his pieces are named after locations in Utah, New Mexico, and New York where inspiration struck. The white, orange and black gradient of string paintings 1/4 - 3/4 "3748 S. Old Hwy 91", for example, were pulled from a dirt bike noticed at a gas station on S. Old Highway 91 in Cedar City, Utah.

Carmine DeVivi was a “Romantic Abstractionist”. Born in Rural Valley, Pennsylvania in 1929, inspiration for his paintings came from the “complexities of nature; a pool of water bathed in sunlight, the effects of windblown flowers framed by a lawn, the sight of color seen from great distance as it melts and shimmers to become part of landscape. Mr. DeVivi’s prints are expertly executed, many of them experimenting with minimal contrast in color or tone and requiring extremely delicate technique.” (via Moore Galleries Inc., San Francisco, California, circa 1960s).

Tom McFarland melds a tradition of rugged craftsmanship with a precise eye and an intricate process in his mixed media paintings, referred to by the artist as string paintings. In his string paintings, McFarland focuses his attention on the deconstruction of the canvas and its framework. He explores the tension between the matrix of string and the geometry of the stretcher bars, between the dripping of the medium and the stiffness of the string, and then the interaction with the wall behind. The creation process progresses sequentially as he unwinds the string, weaving it into a canvas, one strand at a time.

The intricacies of line quality McFarland’s string paintings create relate to images and patterns that Carmine DeVivi explores. Through the exploration of line, DeVivi’s early work featured abstracted scenes of Lancaster, Pennsylvania in oil paint stretched on canvas. In the late 1960’s and early 1970’s, his work shifted with the culture into abstract pointillism with impasto in oil as he explored the influence and impact of movement and sexuality through mark-making. This abstraction and fascination with bold lines and colors led Carmine to spend a large portion of his career as a compulsive printmaker, printing and selling thousands of works through his galleries over the years. His fascination with nature never subsided, and he created works inspired by the natural world until his death in 2017.

Along with serigraphs, oil paintings, and cut paper pieces, the exhibition will include a selection of prints by DeVivi and wearable sculpture created in the early 1960s in collaboration with close friend and jeweler Wesley Emmons. The exhibition will feature McFarland’s iconic string paintings and never-before-shown works from his new “Wallpaper” series. Inspired by the leftover paint built-up on the wall after spraying his string paintings, McFarland’s “Wallpaper” works on rag paper convey an exciting new direction for the Brooklyn-based artist.

In our increasingly digital world, how do you track the legacy of an artist prolific before the rise of the Internet? This conversation started with McFarland, who previously worked as a Shipper for Phillips, packing up DeVivi’s studio and driving the artwork from Corrales, New Mexico to Philadelphia, Pennsylvania for the exhibition. The last time DeVivi participated in a group show in Philadelphia was 1969. McFarland was featured in HOT•BED’s summer 2021 group show, SUMMERHOUSE. This is the first time the gallery has worked with an artist's estate.

Wild Ride gives viewers a chance to observe the effects of two environments on two different artists who find creating their own form of imagery central to their artistic practices. DeVivi has described a drive for making the inventions in his work “as valid as buttering bread” and McFarland says creating is “kind of like breathing”. In this collection of works spanning 7 decades, Wild Ride poses questions about what endures.

Other events from HOT•BED Gallery