Remus Grecu, Praying for the snow 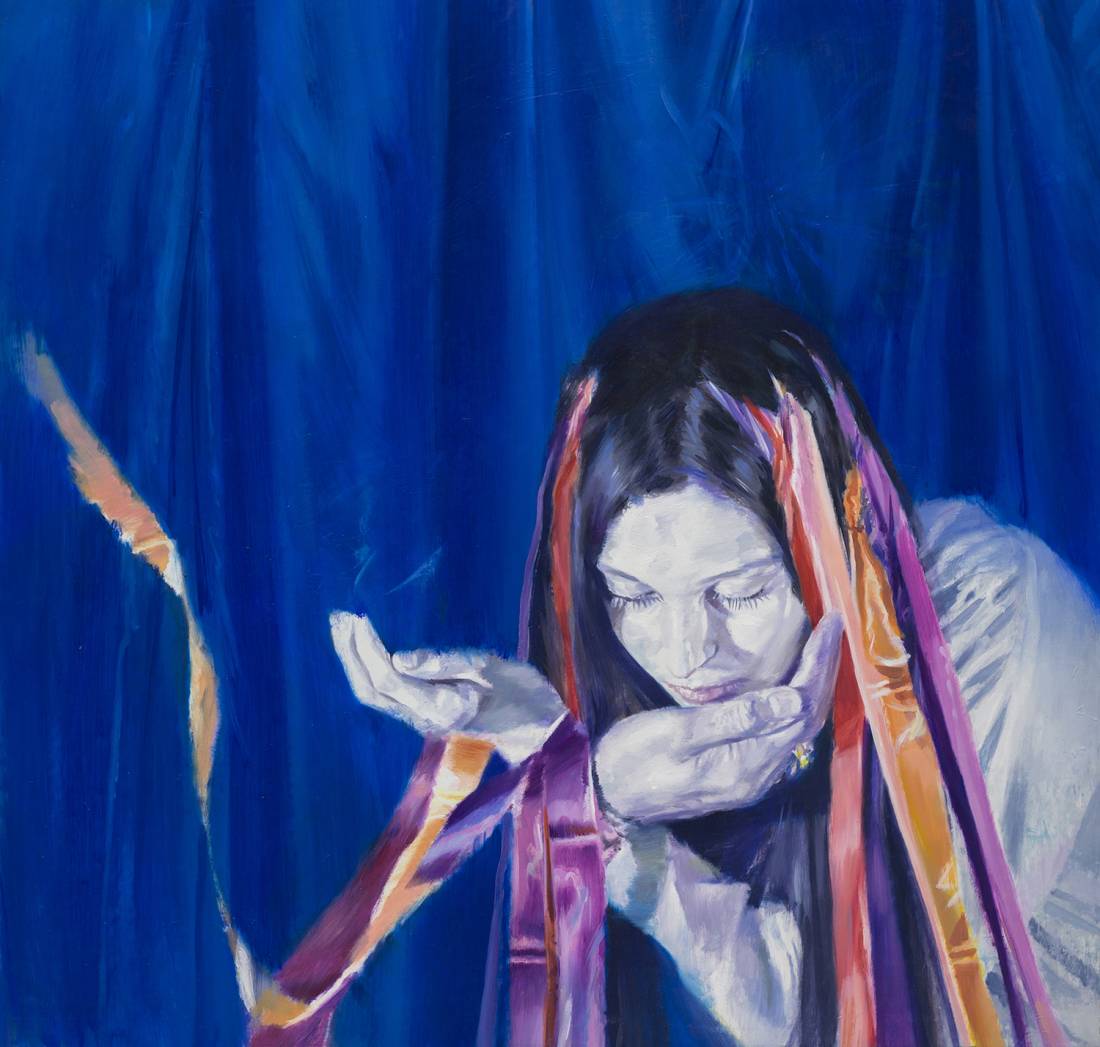 IOMO Gallery is pleased to present ‘‘Remus Grecu - Praying for the snow’,’ a solo exhibition focused on the recent production of Romanian artist Remus Grecu, curated by Alice Zucca, the show will be on view from 08 Sept through 04 Oct,2022. An opening reception will be held on Thursday, 08 September from 4 until 10 PM.

In numerous novels as well as in popular culture, snow is the guardian of memories. Under the white covering, memories linger in the tranquility of time passing by, bearing witness to our past and our origins. Snow carries with it a message of hope as its preserving force conveys the power of a new beginning born from the refreshing feeling of a new and positive alternative appearing on the horizon - melting snow reveals a new world still immaculate, ready to be colored in bright colors in the first morning sun. However, global warming is the cause of a series of extraordinary events that have resulted in a decrease in snowfall. We are living in a substantially warmer environment than we used to just a few decades ago, which is forcing us to live in a perpetual state of heat and discomfort, longing for a breath of fresh air. Unfortunately, this sentiment reflects the broader perception of modern life, which is nowadays more fragmented and plagued by socio-political, health, climatic crisis, and other challenges.

Remus Grecu’s new body of work stems from this desire for hope and emphasizes, through a clever parallelism with snow, the sense of imminent extinction and ephemeral permanence of everything that permeates various aspects of our lives. Snow is like a living organism on the verge of extinction - and rightly so, since snow is life, its generative cycle ushering in a pure and new world, is charged with the promise of a better future. Remus Grecu investigates the vanishing of the world as we know it and the extinction of the living beings in collectivity through the disappearance of social traditions and rituals, folkloric traditions, and the relationship with nature, all of which used to bind us together and give us our identity.

The expedient of snow as a parallelism of disappearance (of snow itself, of the traditions that unite us, of collectivity, of contact with nature, and so on omitting) and the consequent message of hope of the purity of snow for a new beginning are thus a perfect theater for the characters that inhabit Grecu’s recent works. Fantastic, mythical (and almost magical) characters, suspended in the delicate time of snow – that does not extinguish vanishing things but rather preserves things in their disappearance, waiting for better times – they almost appear in this time like shamans, guardians of reality under the snow, who maybe intent in a propitiatory ritual, walk, move and perhaps dance in a prayer for the snow so that the snow may return and not disappear and that it may everything well preserve and protect, and in melting reveal a pure and new world giving new hope, now almost lost, for a better future.

These are now strongly positive characters, adorned with flamboyant clothes full of bright colors borrowed from cultural tradition, they carry with them the lost elements of a once prosperous and united world. Beginning with an important universal element that immediately catches the eye, their costumes – and more – are adorned with elements that come from ancient folklore, such as the colorful stripes that are ever present throughout Grecu’s scenes and refer to the concept of the wishing tree. In different cultures around the world, wishing trees are created by writing, drawing or communicating one’s wishes, hopes and dreams on symbolic stripes that like offerings are attached to the trees in the hope that one’s wishes will be granted. It is even as if these characters in a magical anthropomorphic mythological movement can become the trees themselves, and in an even deeper connection with nature offer their prayers to the snow, to nature. This element is also emphasized by the anthropomorphic figures of bears that populate Remus Grecu’s environments, figures once again borrowed from tradition, symbolizing here the deep connection with nature and the respect necessary to live in harmony with it, as if we were the blade of grass, the bear itself, the earth and the sky, since everything is in harmonic connection and extinction depends on each action of the individual.

If the essence of snow lies in its positive possibility of preservation, dissolution and generation - in Remus Grecu’s imagery, its inherent attitude results in a parallelism with life itself, it is like a destiny, which is fulfilled by living, through storytelling and writing about the history of man in the space of a white sheet of paper. Through the snow these mythical characters, ancient and actualized at the same time, thus seek to rediscover a sense of identity as human beings, of ancient spaces and times, of community - less conveyed by technological prostheses - where bodies relate to each other and in the natural and human environment through more direct ways. Retracing fragments of that social background, a network of personal relationships based on the sharing of horizons of meaning, and a trust brought about by the activation of a will to survive that was a dominant factor at the time of human aggregations organized in the form of communities, before the great revolutions that marked the advent of the modern, and that constituted the economic and cultural fabric delineated by rural civilization, now surpassed by the impersonal and interchangeable character of the new logic of the social. Thus, the sense of encounter is rediscovered, and in the white silence the value of prayer, the mutual aid, listening and storytelling so widespread then among farming families, who practiced it as a concrete necessity for the continuation of memory and identity, trying to preserve the memories for the new and better world to come - just like how the snow does.

Remus Grecu is a Romanian-born visual artist who spent his formative years in Bucharest. After graduating from the Art University in Bucharest, he participated in a number of exhibitions in Romania. Twenty years ago, attempting to improve his artistic development, he moved to London where he was approached by Madonna and the Scissor Sisters to provide visuals for their music videos, then he started to exhibit in London in several group exhibitions. After five years in London, he wanted to start over professionally and relocated to Stockholm. In Sweden, he began to paint seriously and soon after that period, his art was featured in exhibitions in Denmark, Belgium, Germany, and Sweden. Returning to Bucharest in 2018, he changed the tone of his paintings from dark to a joyful vibe. This year he will have his first major solo show at one of Romania’s leading art galleries.

Other events from IOMO Gallery