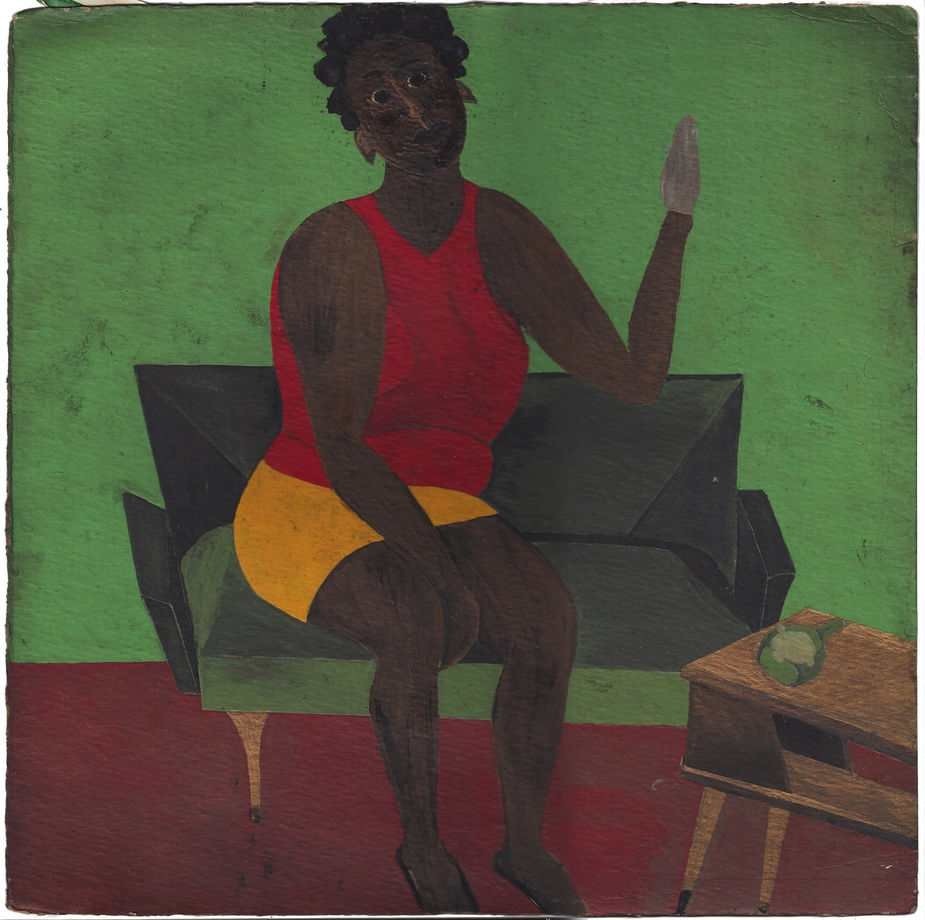 Francis Archibald Wentworth Walter, self-styled 7th Prince of the West Indies, Lord of Follies and the Ding-a-Ding Nook, was born in Antigua in 1926. Prodigiously talented as both a writer and artist, his undeniable genius was flawed by delusions of aristocratic grandeur, namely a belief that the white slave owners in his ancestry linked him to the noble houses of Europe, from Charles II to Franz Joseph of Austria and the Dukes of Buccleuch.

His gifts were the product of a fertile, but fragile, mind. For the last twenty-five years of his life Walter removed himself from society, living an isolated shack on an Antiguan hillside, part of which will be recreated in the gallery for this exhibition. Walter died in 2009 leaving a legacy of some 25,000 closely-typed pages of his thoughts on every conceivable subject including autobiography, history, philosophy, religion and science, alongside several hundred extraordinary paintings and carvings that speak with such an unmistakable voice.

The exhibition will present the most comprehensive view yet of Frank Walter the artist; assembled from private collections, and from the artist’s estate. Among the highlights of the exhibition are Walter's figure paintings - including his bizarre vision of what might have happened if Hitler should have visited the Caribbean and his Tiny Landscapes, of which he painted hundreds, always a precise 10 by 8.5 cm on a rectangle of card cut from the back of a box of Polaroid film. Many of these were influenced by a visit to Scotland in the early 1950s, which marked the beginnings of a life-long affection for the country.

Walter's work was exhibited alongside paintings of Alfred Wallis and Forrest Bess in the exhibition Songs of Innocence and Experience at Ingleby Gallery in 2013, and since then his work has been widely acknowledged as one of the most distinctive discoveries in the recent history of Caribbean art.