One Cannot Be Too Careful 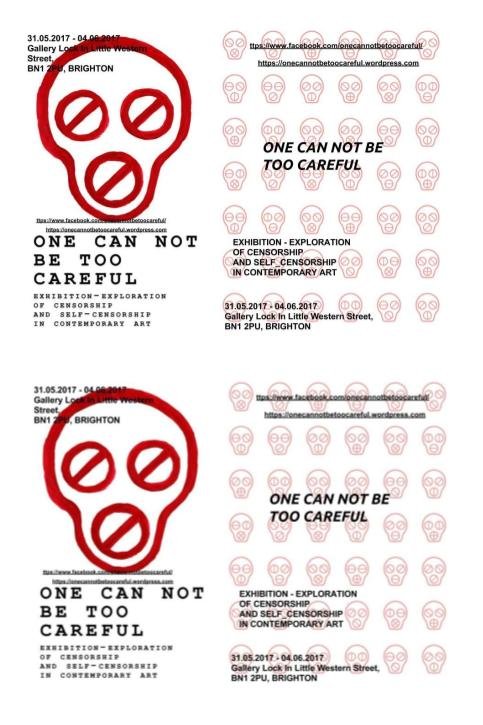 When it seemed as though all taboos had been broken by the artistic avant-garde, we are still facing a paradox of censorship returning to the arts. Due to right wing turns in policy in many European countries, censorship is becoming an integral part of contemporary culture.

Yet, it doesn’t always tem from Government policy but also from society at large, from non-government organisations, to the media, to the artistic community itself. In this current circumstance, it is often unclear where the fine line lies between censorship to protect the violating of human rights and censorship that is suppressing alternative opinions, political dissent and counter cultural expression.

It is not just radical or extremist voices that come under the limitations of censoring. In this riot of censorship, often some harmless things are being prohibited in fear, in the words of Chekhov's Man in a Case: "that it might lead to something" because "all sorts of things might happen" and "one cannot be too careful".

On the other hand, the dark side of those creations which never see the light is widening.

The situation of prohibition is like a frozen, arrested pregnancy. When something never comes to light it is becoming a monster. The impossibility of expression and being seen is making the inner field of defeat larger.

The shadow is growing and the censored are becoming like Eve and Adam; rejected from Paradise, they are revelling in sin.

The exhibition is part of a long-term project that will travel between cities and countries, including Russia, UK, Czech Republic and Germany.

Other events from Gallery Lock In