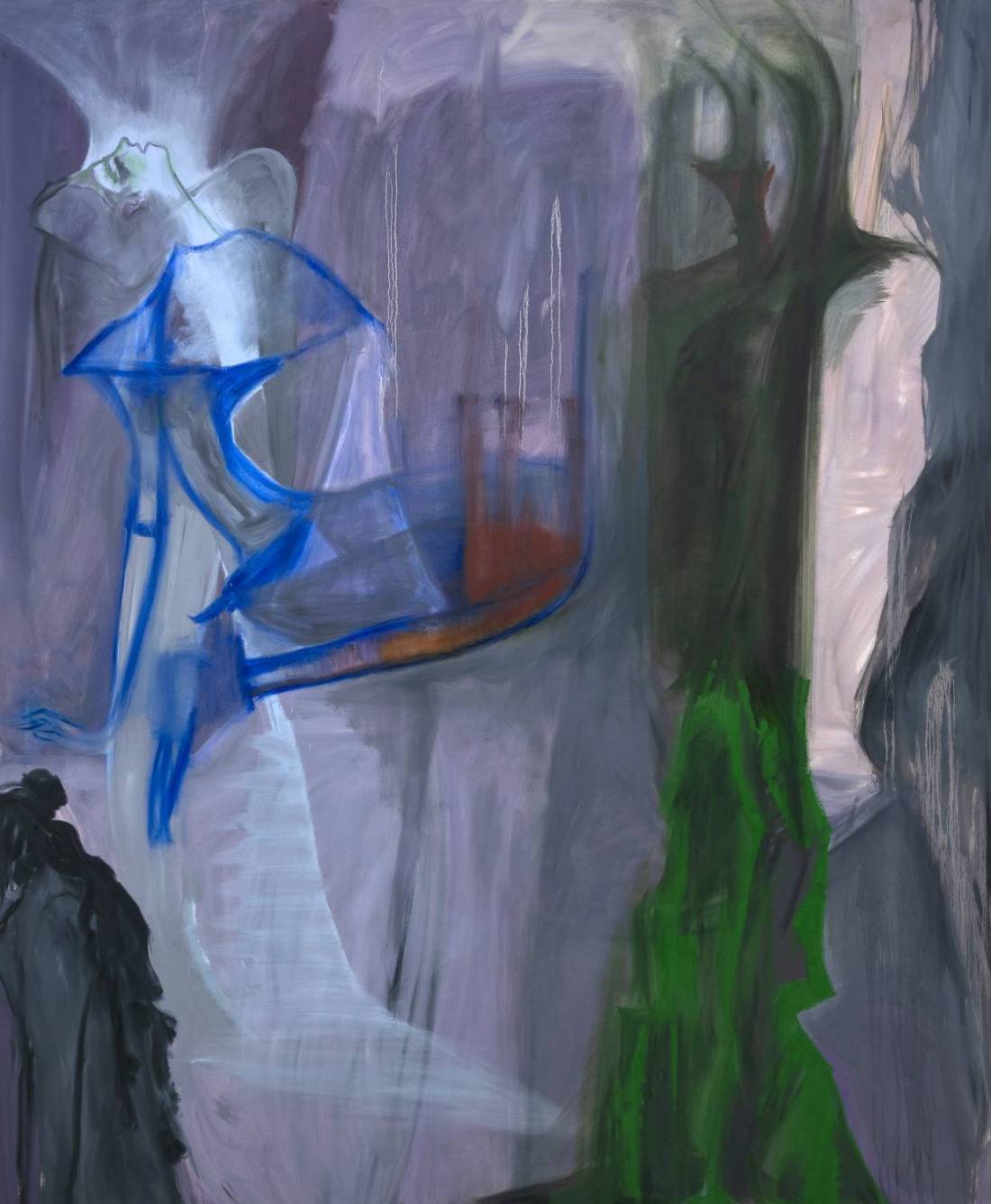 Public Gallery is pleased to present Divorce, a solo exhibition by Stefania Batoeva. Nine new oil paintings are hung across two conversing floors of the gallery. Subjectively personal, these works explore the limits of knowing - the zones of uncertainty and codependency between the physical and the imaginary.

It is difficult for me to describe Stefania’s paintings as either figuration or abstraction. This binary model is somehow too rigid, too steeped in common sense. If pushed, I would have to say that Stefania’s works are surely both abstract and figurative and maybe neither. Clearly defined figures, architecture and the natural are present with an equal assuredness, the logic in this paintwork bleeding ambivalence. Stefania leads us into the corners, to the edges and back, conventions are not our guides in understanding these works, emotions here have a reach and a breadth. Time and space are in flux - expansive and immediate. Experiences appear to happen through sleep and wake, through fairy tales and science fiction, and back out onto any concrete street corner.

Mark Fisher would use the weird and the eerie to describe this ground. For Fisher, these are the areas of the strange. The strange here is not the horrific, the strange here is the outside, the fascination for that which lies beyond standard perception and cognition. These spaces are at once unknown and indeed familiar for it. This is Stefania’s seduction - the paintings arrest with their lack of familiarity. The application of motifs and paint continually shifts in pace - that fast/slow undeniability of the medium - to reveal intentions, to manipulate the eye. This codifies an approach that simply won’t settle for the world to be only what it appears to be.

I accept that there are things that are, and there are things that also are not. Some people have ghosts in their ontologies. I wonder about the limits and extensions in Stefania’s - the abstraction that appears in the work serves as the very representation of these perceptive limits, as if at some point the eye can only relay so much information, as if at some point paint is ratifying into reality these very spaces that exist beyond sight.

Caravaggio’s The incredulity of Saint Thomas, depicts the doubting Thomas. Untrusting of the visual reports of Christ’s reappearance, he can only confirm the existence of Jesus by touching the crucifixion wounds. But how curious this physical confirmation of a ghost. Stefania returns continually to the question of touch and to affect without it. Figures appear in pairs, and yet is there a shared reality between them? This affect touch seems to bridge ontologies and states of consciousness, it is here where we find the possible and the visceral, it is here where we live and meet, open, fuzzy, suspended in extension.