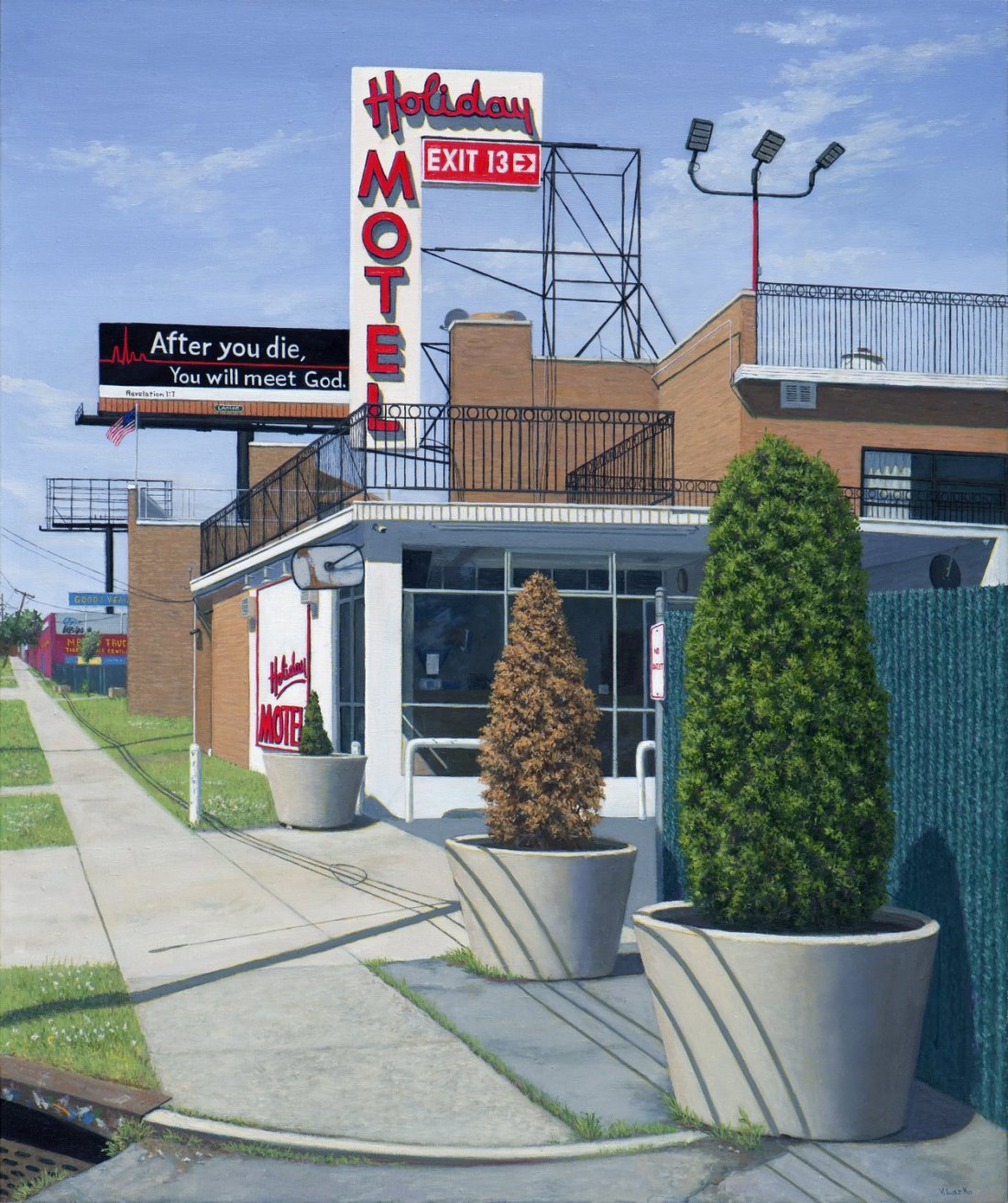 “Sign of the Times” takes its name from Valeri Larko’s intimate paintings of billboards in and around the Bronx, New York. The title also refers to the strange era of planetary and political upheaval in which we currently live.

Larko’s newest paintings continue her exploration of the ordinary, often overlooked, environs of the outer boroughs of New York City, all of which she paints on location. Her work encourages the viewer to slow down and rediscover the world around them. In “Sign of the Times,” she focuses more sharply on signage and the odd juxtapositions that occur in the urban landscape.

The artist’s fascination with billboards began during the financial crisis of 2008-2009 when she noticed the increasing appearance of blank billboards popping up in the Bronx and beyond. Since then, some of those billboards have remained blank while others have hawked both religious and anti-science messages as well as a plethora of advertisements for personal injury lawyers. Larko juxtaposes these often dire warnings with the recent proliferation of more inspirational signage. She also celebrates the emotional respite that blank billboards offer the viewer amongst the incessant din of 21st century messaging.

Other paintings, like Hi-Five, are a remnant of a bygone America that’s quickly disappearing. Larko lovingly documents these neglected spaces, which are often on the verge of being replaced by condos, storage units, and big box stores. Observation Tower, Orchard Beach similarly preserves a once-proud monument to American achievement. Ever adventurous, the artist jumped at the random opportunity to slip inside the rarely unchained gate that had kept this strange structure inaccessible for years. As is often the case with Larko’s subjects, she was visually drawn to the tower before she learned its significance. Only after she started painting its looming form, did her research reveal it as representative of the architecture New York State constructed while hosting the 1964 World’s Fair. The relic continues to stand witness over the lagoon, in which local teams now row just as the US rowing team did when they earned four medals in the 1964 Olympics.

Other events from Lyons Wier Gallery