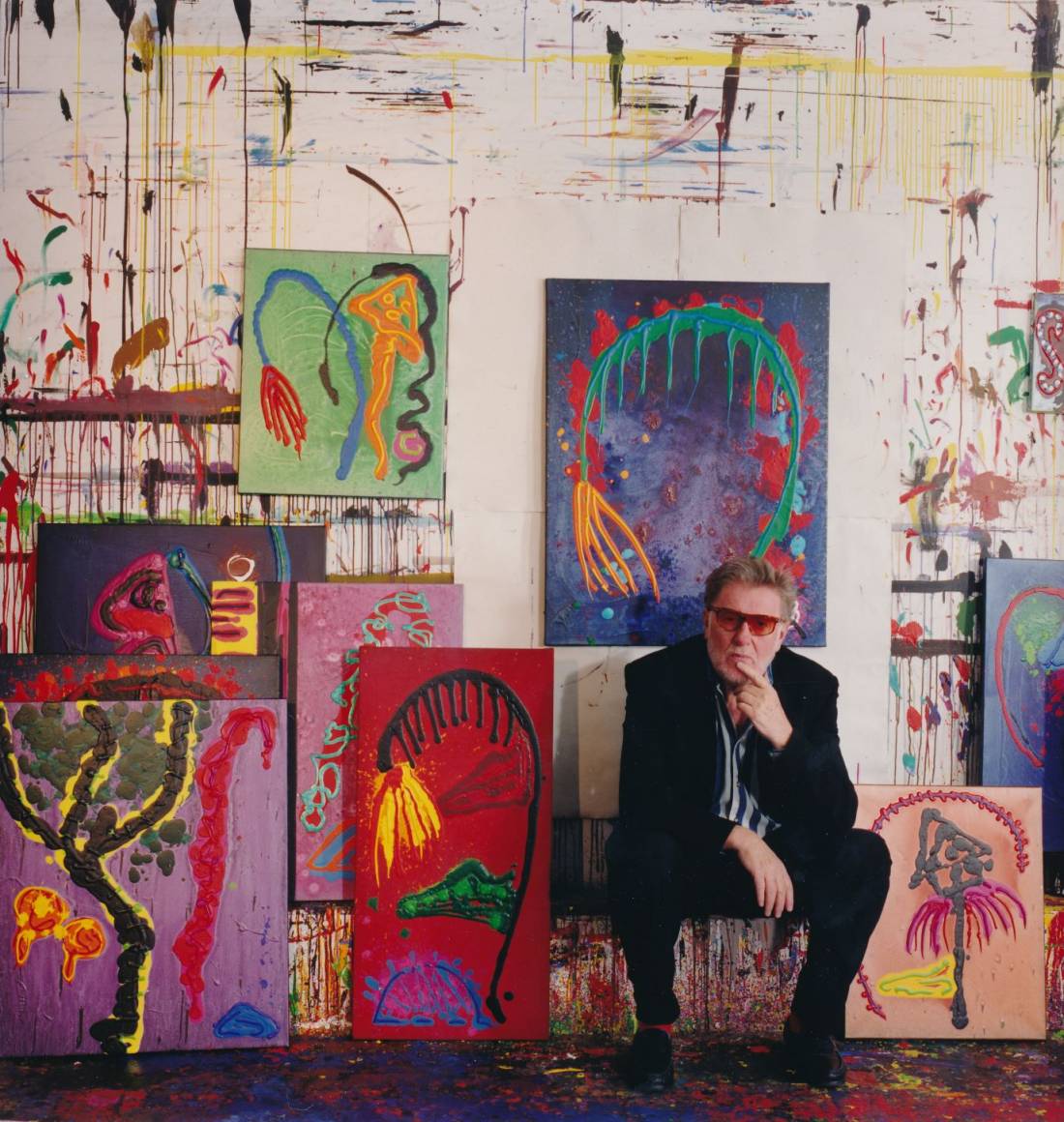 John Hoyland: The Last Paintings will focus on the series of paintings made in the last years of Hoyland’s life; an exuberant celebration of a life well-lived and a meditation on its approaching end.

The Last Paintings will display works made in the last eight years of Hoyland’s life, showing previously unseen paintings, such as Moon In The Water, the last of Hoyland’s Mysteries series, for the first time. The paintings celebrate life in the face of death, as Hoyland reckoned with the deaths of his friends and faced down his own mortality. He uses semi-figurative language to confront this, centring images of the void and the cosmos, suns, moons, stars, and occasionally birds and figures.

This final series of paintings pays homage to some of his artistic heroes, such as Vincent Van Gogh in Night Sky, as well as commemorating artist-friends in Elegy (for Terry Frost), which uses colour to allude to Frost’s art, with its red, yellow, black and white roundel set against a deep emerald redolent of the sea near Frost’s home in St Ives. Restless Heart is a statement of Hoyland’s passionate commitment to life and love, and a defiant acknowledgement of his declining health. Leaving hospital in 2008 after major heart surgery, he felt ‘a distinct sharpening of the senses.’ Although illness shortened Hoyland’s life, it simultaneously produced a late burst of creative energy.

John Hoyland: The Last Paintings opens at Millennium Gallery on Saturday 3 July and continues until Sunday 10 October – entry to the exhibition is free.

One of Britain’s leading abstract painters, John Hoyland is renowned for his bold use of colour and inventive forms. His tireless innovation pushed the boundaries of abstract painting and cemented him as one of the most inventive British artists of the 20th century.

Other events from Circe PR